Jesuit Father William J. Harmless died on Oct. 14, 2014, suddenly and unexpectedly while out for an evening walk. He was 61 years old, a Jesuit for 36 years, and a priest for 27 years.  At his death, he was a member of the United States Central and Southern Province applied to the Wisconsin Province.

Born on July 30, 1953, in Kansas City, Missouri, Fr. Harmless attended St. Peter’s Grade School and Rockhurst High School in Kansas City, and Rice University in Houston. Before entering the Society at St. Charles College in Grand Coteau, Louisiana, in 1978, Fr. Harmless volunteered with the Peace Corps in Mali and taught English in Houston. Fr. Harmless studied philosophy at Loyola University New Orleans. He completed his theology studies at Weston Jesuit School of Theology, was ordained on June 13, 1987, made tertianship in Los Gatos, California, and pronounced final vows on March 21, 2003.

During regency, Fr. Harmless served as the Director for Religious Education at St. Joseph Church in Houston. After ordination, Fr. Harmless continued studies, earning a Ph.D. in religion and education from Boston College in 1990. From 1990-2003 Fr. Harmless taught theology at Spring Hill College, in Mobile, Alabama.  While there, he held the Thomas E. Casetecker Chair; the College named him Teacher of the Year in 1994. In 2003 Fr. Harmless was the Walter and Mary Tuohy Professor of Interreligious Studies at John Carroll University in University Heights, Ohio, before moving to Creighton University in Omaha, Nebraska, later that same year.

Since 2003, Fr. Harmless taught as Professor of Historical Theology and Patristic Studies at Creighton University.  In 2010 Creighton’s College of Arts and Sciences recognized him as its Scholar of the Year.  In 2013 he held the Visiting Chair of Theology at Villanova University in Villanova, Pennsylvania.  Earlier this year, he was awarded the Graff Endowed Faculty Chair in Catholic Theological Studies at Creighton. Throughout his academic career — in publications, lectures and teaching — Fr. Harmless contributed much to scholarship on St. Augustine and early monasticism. For this he was internationally renowned in his field. Since 2009 he served on the Board of Directors of the Augustinian Heritage Institute, Villanova University.

Fr. Harmless epitomized the Society’s intellectual apostolate. He was a dynamic teacher, and he demanded much of himself and his students. The best students sought out Fr. Harmless’s courses.  He was a creative scholar, often seeing connections in ancient texts that others did not. Fr. Harmless committed himself wholeheartedly not only to his research, publication and teaching, but also to promoting the Jesuit identity of the universities where he worked and to fostering faith in the lives of students. At Creighton, he was an articulate advocate for a liberal arts education; there he authored the preamble for the University’s Magis Core Curriculum. 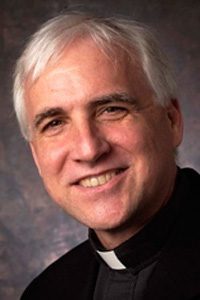