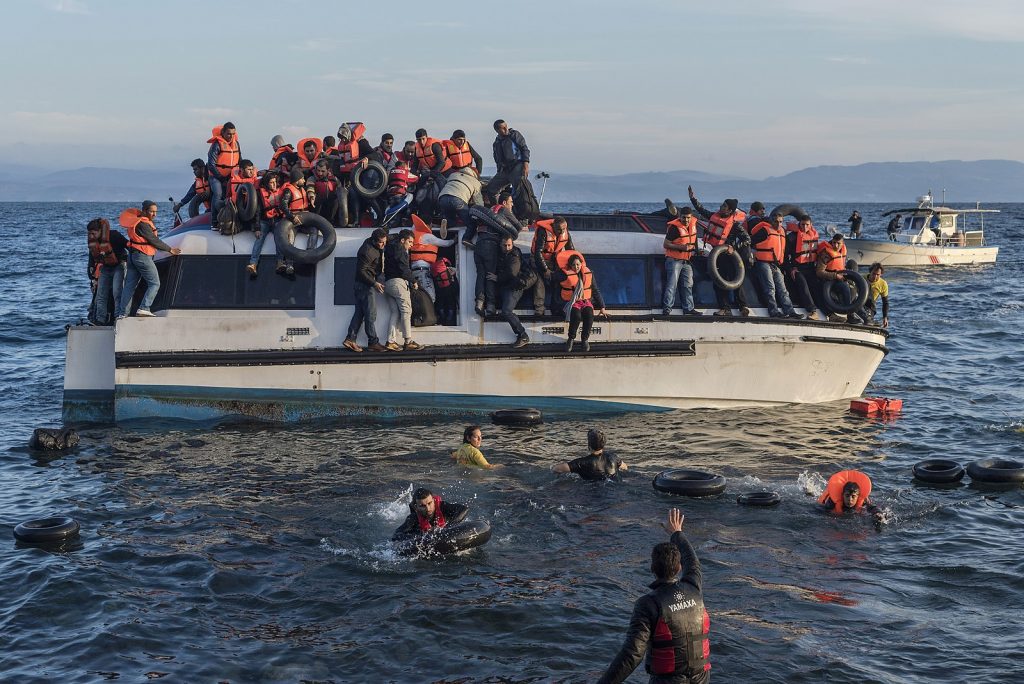 Over the last few weeks, images of Ukrainian civilians facing unimaginable terror have flooded my phone through social apps and news sites. In the early days, news reports emphasized the closeness between Ukrainians and “us.” They pointed out how strange and frightening it was to see these people as victims of such terror and aggression. They kept returning to the idea that the Ukrainians were “just like us.” One CBS News correspondent said, “This isn’t a place — with all due respect — like Iraq or Afghanistan… This is a relatively civilized, relatively European — I have to choose those words carefully too — city where you wouldn’t expect that or hope that it’s going to happen.”

As is frequently the case, Americans of color have been the proverbial canaries in the coal mine, pointing out an inconvenient truth: We’ve witnessed similar events occur in real time – but with Black and Brown civilians as the victims. We’re willing to applaud a Ukrainian grandma for wishing that a Russian soldier would die with sunflower seeds in his pocket, willing to repost pictures of Ukrainian civilians building makeshift molotov cocktails, but when the tables turn and civilians in countries like Afghanistan, Iraq, or Syria take similar action, our sympathy shrinks. As Trevor Noah pointed out so eloquently on “The Daily Show,” this thinking frames the narrative in terms of “us” and “them.” “Us” means Whiteness. “Them” means people of color – less “civilized,” less sympathetic, more violent. Less like “us,” and less deserving of empathy or understanding.

For a White person, it’s all too easy to rest in ignorance and hear this framing uncritically. Choosing when to “opt in” to anti-racist discourse is a privilege of Whiteness. I’m White, and I did see myself in these Ukrainian victims. But as I read more and learned more, reality – the smallness of ignoring, the passive cruelty of forgetting – became clear, and I am publicly calling myself out for not fully seeing this truth at first. Framing humanitarian crises in an “us” and “them” framework, as though the suffering of White people is closer to my experience and therefore more worthy of my empathy, makes that empathy painfully small. God’s love, by contrast, is big, expansive, radical, almost embarrassingly huge. That love fully envelops humanity and asks us to make it manifest every day. Every victim of oppression deserves our empathy. Every victim of violence deserves to be physically, mentally, and emotionally whole. There is no hierarchy of suffering, least of all one with Whiteness as its guiding principle.

Each day, I meet with 7th grade students for a class called Formation. We learn about Ignatian spirituality, the teachings of the Church, social-emotional learning, cultural competence, and more. On a recent day, I entered the classroom and noticed several students working on a Language Arts assignment about Supreme Court nominee Ketanji Brown Jackson. Their teacher had tasked them with writing about the significance of her nomination, and unsurprisingly, our sharp-as-tacks WJA students had eloquent, insightful thoughts to share. I was most struck by a recurring theme in multiple students’ essays, which they generously asked me to read. So many students dug into the importance of Ketanji Brown Jackson as both an individual experiencing a career triumph, and as a Black woman who would hear, see, and understand the Black experience in the highest court in the land. Student after student mentioned the anticipation and excitement they felt at the prospect of her shaping laws in ways that might bring about more justice for Black people. Witnessing the importance of representation through their words and feelings was, and is, deeply consoling.