“Immediately things like scales fell from his eyes and he regained his sight.” – Acts 9:18 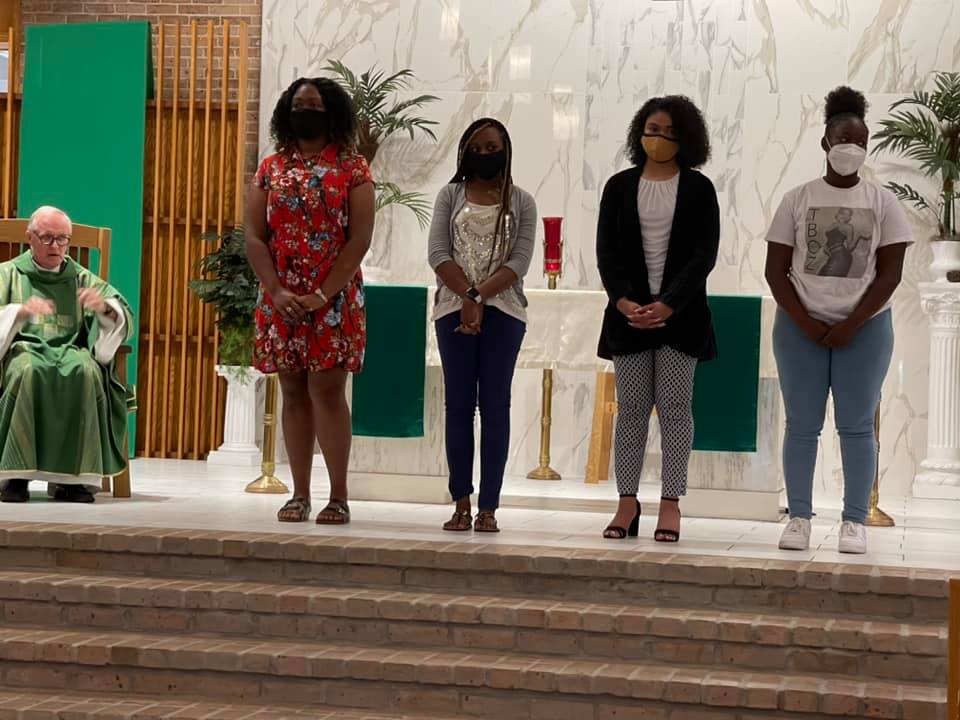 Desolation
There are two moments in my life that stand out for me as defining moments. The first was in 1988 when I first moved into a Black parish as a resident priest while I was a hospital chaplain. One night I was walking home to the rectory and saw a group of Black men standing on the corner. I crossed the street to avoid the group and went on home. The next day, a parishioner, who was one of the men in that group, confronted me on what I had done. At first, he teased me about avoiding the group but then said to me very seriously, “You know it hurt when I saw you do that. I didn’t think you were like that.” I had to admit to him and to myself, “Yes, I am like that.” At that moment, the scales fell from my eyes and I saw clearly that no matter how good my intentions were, the reality of racism was part of me. As an Irish Catholic kid in Boston that is how I was brought up. That is what I had absorbed, that Black men standing in a group signaled danger. This moment of truth caused me to reassess all my presuppositions and to work to see things in a new light.

My second life-changing experience was studying at the Institute for Black Catholic Studies at Xavier University of Louisiana in New Orleans from 1992 to 2000, when I graduated with the MA in theology in Black Catholic Studies. Those eight summer sessions introduced me to the beauty of the Black Catholic community in the United States. My fellow students were priests, religious, and lay men and women who worked in Black Catholic parishes, schools, and institutions throughout the country. It was a tight community of worship, study and play. My eyes were opened once again as I learned theology through the eyes of Black folk that I was never taught in the seminary. I learned about the history, the spirituality and the witness of Black Catholics who were “uncommonly faithful” to a church that never fully embraced them in return. As a white priest I learned how to become a more effective minister in the community by learning how to listen. Many of the people I met during those years are still dear friends and companions.

I am grateful for these experiences. They have made me a better person. Of my almost 40 years of being a priest, 32 of them have been ministering with the African American Catholic community in Boston and in Baton Rouge. I can say without any hesitation and with a tremendous amount of gratitude that being with the Black Catholic community all these years has been the greatest blessing of my life. I can truly say that because of the testimonies of faith I have seen lived out in the lives of men and women whom I have been privileged to know, my faith and hope are stronger, my appreciation of the power of the Word of God in the Bible is deeper, and the overriding excellence of service is confirmed.

This month’s reflection was provided by Fr. Tom Clark, SJ, of Immaculate Conception Parish in Baton Rouge, Louisiana. If you would like to volunteer to provide next month’s reflection, please contact Sean Toole, SJ: stoole@jesuits.org.