“Whoever does the will of God is my brother and sister and mother.” – Mark 3:35 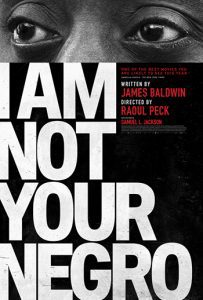 This year, as I prepare to begin my fifth year in the Society of Jesus, I attended my second gathering of Jesuits in formation: novices, brothers, and scholastics in First Studies, Regency, and Theology. My first of these was as a first-year novice, when we discussed our experience – and lack thereof – of racism in the Society. There, I discovered that there were many people like me: people who were discontent with simply sitting around and having conversations about racism; people who wanted to do something about it; people who believed something could be done. While that “what” differed widely from person to person, the “why” was fairly consistent. Most simply, lives depended upon it, past tense. They still do, present tense.

While I had a similarly consoling experience meeting Jesuit novices from other parts of the Conference in Denver later that year, I have also been discouraged by an overwhelming majority of folks who range from fairly apathetic to outright hostile when the topic of racial justice comes up in conversation. While I have experienced more apathy than hostility, I cannot say which of the two feels more devastating and defeating. I texted a fellow JARS member, a fellow a few years ahead of me in formation, when my screenings of Black History Month Masses, workshops, prayer services and James Baldwin’s I Am Not Your Negro were attended by a total of four men (including me): “Aw…Welcome to our life :/” was his response.

“Welcome to our Church,” is mine.

The despair that, at least in part, penned the above words always gives way to the hope I find in my “brothers and sisters and mothers.” This year’s formation gathering was no exception. In a series of conversations revolving around apostolic planning, I found myself in a remarkably unified group despite seemingly opposing positions. My small group facilitator remarked, “You would be hard pressed to find comments more different in tone” than ours. This earned him a laugh from each of us and contributed to the joy of our conversation, difficult as it was. Yet, each of us felt drawn to bold and courageous action in the days, months, and years ahead, when our resources – both financial and personnel-wise – will be tested like never before.

I was delighted to discover the Fire of the Holy Spirit burning in and around us for justice, especially racial and environmental. I took heart in my group’s willingness to discuss our history of slaveholding (and describing it thusly: as our history), reparations, reconciliation, and healing, neither propping one up nor putting another down. During one member’s shares, I could not help but sit back and smile, recalling the words of Jesus according to St. Mark: “Who are my mother and my brothers?…Here are my mother and my brothers!” (Mk 3:33, 34b) “Here, God Is!” I might be so bold to add.