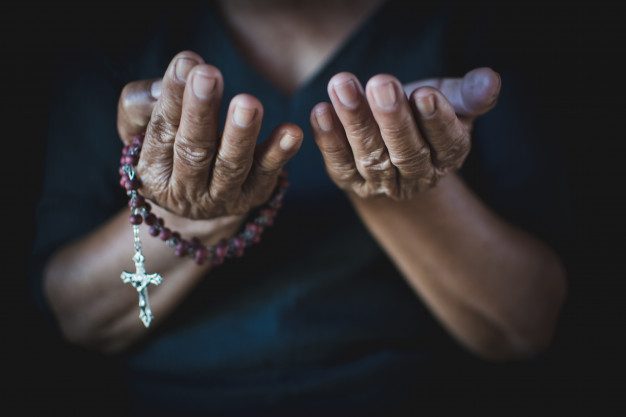 Desolation
An announcement was published about a Morning Reflection and One-Night Retreat for Black Women taking place in the Fall of 2020. The calls and emails came in expressing “concern” that this was “divisive” and “against us all being God’s children.” The emails were accompanied by scriptures to punctuate the “concern.” There have been men’s retreats, women’s retreats, and married couples retreats. Do retreats offered for other affinity groups spark the same concern as a retreat for Black women? No.

There seems to be a continuous narrative that Jesus and access to God must be packaged in a gaze that is comfortable for the majority in Catholic spaces. This can feel unsafe, less welcoming, and isolating, particularly in many of the spaces wherein you are the only one or one of a few. Is your love for me as a Black woman only given to me or accepted from me when my toned-down representative shows up? Is God only accessible to me if…?

Jesus commands us in John 15:12 and repeats again a little louder in John 15:17 for the people in the back.

Consolation
November 2020 came. At the peak of the second wave of COVID-19 and uncertainty about what was ahead on the horizon, a sold out retreat of Black women from all ages and backgrounds came. Taking up all the space, feeling welcomed and loved. These women were unaware of the calls and emails that were made out of “concern.” If they did not feel as if they belonged in other spaces, for 24 hours they belonged in this space. It was theirs. Looking around they saw a fully loving God reflected in the faces of 21 other Black women. No one needed them.

By the time this is published another sold out retreat will have concluded. Black women preparing for their return in November where they can be their full selves. We are covered and affirmed by John 15:12 and again in John 15:17. He said it twice in the same chapter. I think he was pretty serious.

This month’s reflection was provided by Lauren Morton, an associate of Ignatius House Jesuit Retreat Center in Atlanta, GA. If you would like to volunteer to provide next month’s reflection, please contact Sean Toole, SJ: stoole@jesuits.org.