“Jesus said, ‘Let the children come to me, and do not prevent them; for the kingdom of heaven belongs to such as these.’” – Matthew 19:14 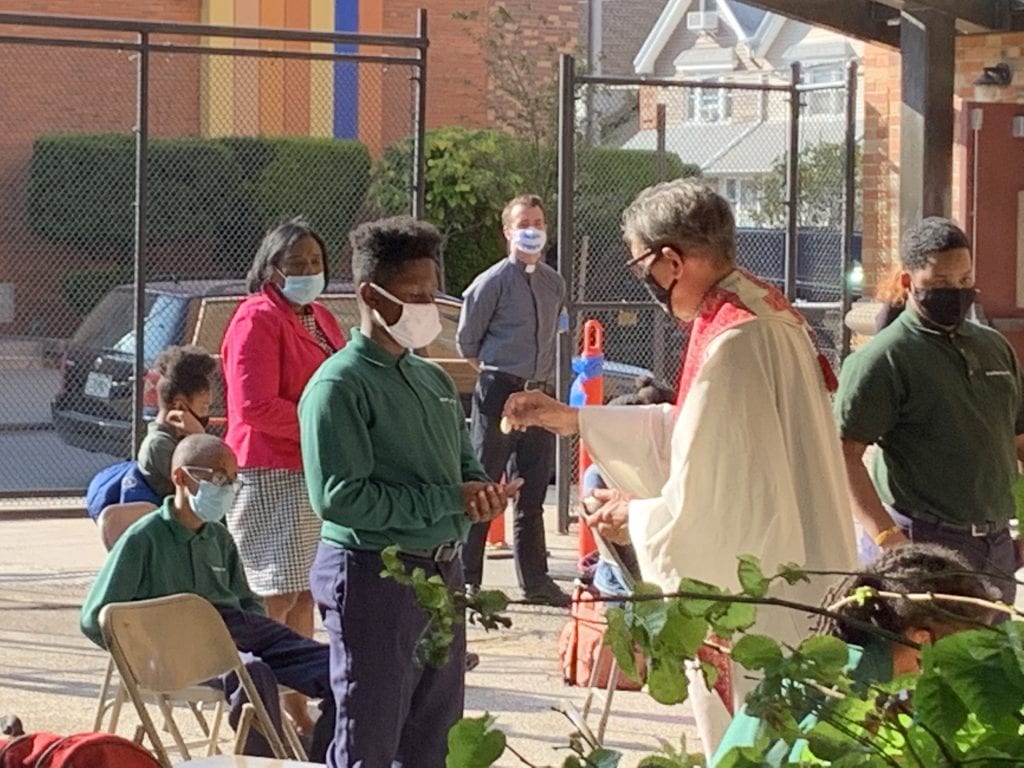 “He was thirteen. I’m thirteen.” Yarlenis doesn’t always offer petitions during our start-of-class prayer, but she prayed for Adam Toledo for a few days. In their prayers, the eighth grade girls tend to have a worldlier focus than either the seventh graders or the eighth grade boys. They’re young women now, precocious and sophisticated. Still, they usually pray about tragedies befalling others, at least one degree removed from themselves. Not so with Adam. The video stunned Yarlenis with its implications for her own life. One inner city Hispanic teenager was dead, and another was sitting here praying for him before trying to focus on linear functions.

The eyes of Yarlenis and her classmates are opening to the dangers and evils present in the world they’re growing up into. Tori has spent weeks praying for an end to “Asian hate” and for the safety of women on a TikTok-promoted “National Rape Day.” Janiah prayed for justice for George Floyd for weeks before the verdict was released. At our school, we try to provide a safe home for poor students in Brooklyn. As we prepare to graduate our eighth graders, these black and brown young women are quickly realizing that the big world outside will not be so safe.

Consolation
The seventh grade boys also pray about videos they watched online. Opening the class with petitions is a recipe for chaos that Jerrel has learned to exploit. A few months ago he started his prayer for a “video I saw on TikTok last night.” He described an elaborate set up and a dramatic pratfall, like Wile E. Coyote and Road Runner had come to life on his phone. The class roared, particularly Jaylen and Charles, for whom stunts with dramatic endings are a source of endless hilarity. Jerrel’s classmates have imitated him, spending the evening watching ever more hilarious stunts on TikTok to “pray for” with their classmates the next morning. I have to close the classroom door because Jaylen’s laughter echoes down the halls into the principal’s office. I’m sure that these black and brown boys have watched the video of Adam Toledo that stunned Yarlenis. Their parents warn them about the rising gun violence in the city. But for now, secure in the safety of our middle school, they seem to know that the best response is to make each other laugh with abandon.

This month’s reflection was provided by Jake Braithwaite, SJ, of Brooklyn Jesuit Prep in East Flatbush, NY. If you would like to volunteer to provide next month’s reflection, please contact Sean Toole, SJ: stoole@jesuits.org.