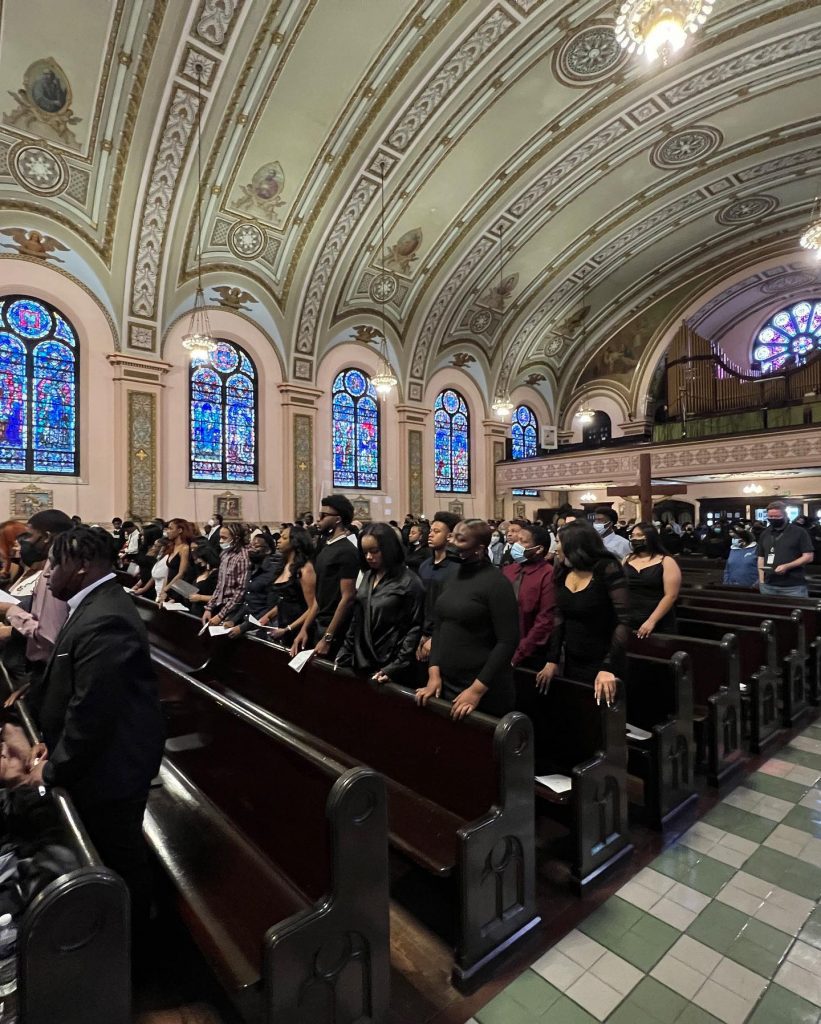 On March 12, 2022, I began my first period of residence in the city of Baltimore. For the last eleven years, I’ve lived in New York’s Harlem district. Before that I have lived for extended times in four other large American cities. Sadly, I have become used to visual cues which demarcate effective city neighborhood boundaries. The state of lawns, the absence of trash, the presence of beat cops, wine stores replaced by liquor stores, small corner groceries instead of supermarkets, the peeling of paint rather than robust housing, all provide clues that a socio-cultural change is taking place before my eyes. Most often the skin color of residents confirms that a change has happened and underscores a disturbing or unwelcome change in the neighborhood. I am very saddened that the indicators of what is a difficult neighborhood and what is a pleasant one align so neatly along racial and economic boundaries. In Baltimore these neighborhood shifts seem to occur suddenly without the benefit of any physical boundary like a park or a highway or rail lines. On one street I am ogling baby carriages along tree shaded boulevards. Yet not even one block away the absence of children and the presence of adults hanging out in groups near corner stores offers a stark contrast.

Recently while traveling through adjoining neighborhoods enroute to our Jesuit mission at Cristo Rey High School in Baltimore I reflected on the disturbing contrast. Yet when I arrived at the school, however, the entire community was assembled in prayerful celebration of 3rd year students who were receiving their Class Rings. Family members too were present. A teacher stood to pay public tribute by quoting Ovid. A Junior offered thanks to Cristo Rey for saving her from herself, a family gave silent praise by standing solemnly and admiringly with their young son for a photo. A Jesuit raised his eyes and hands heavenward, as he invoked God’s blessings on the many Rings to be distributed.

The various colors of humanity were all on display that morning. There were no distinctions that day at Cristo Rey. There were no boundaries between haves and have-nots. There were no demarcations between givers and takers. There were no lines dividing the insiders from the outsiders. I spent three hours enjoying the work of the Lord at Cristo Rey High School in Baltimore at the hands of native adults and youth. On the way back to our Jesuit Community I hardly noticed the neighborhood dividing lines which had been so disturbing to my Spirit.

This month’s reflection was provided by Gregory Chisholm, SJ, of Loyola University Maryland in Baltimore. If you would like to volunteer to provide next month’s reflection, please contact Sean: stoole@jesuits.org.