“God does not show partiality, but from every nation, every people, whoever respects God, and does what is right, is welcomed by God.” – Acts 10:34-35 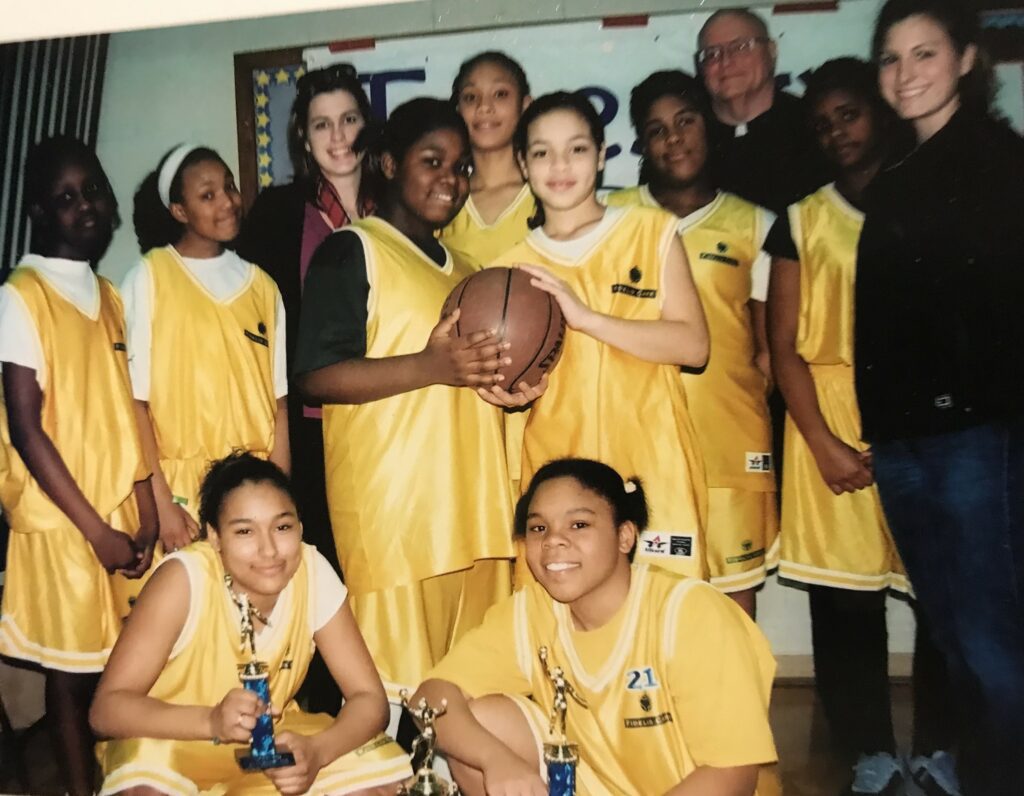 Some memories: When we had to bury students, or former students, who had slipped into the street life despite our efforts to help, or who were just in the wrong place at the wrong time. When I had to tell the girls’ basketball team that their coach, who was a role model who looked like them, had died suddenly the evening before due to an embolism in her mid-thirties. When a local Black newspaper referred to the Nativity/Miguel school as “some cheap parochial primary school” after we tried to help a student complete his credits with us. It was a blow we decided to accept, rather than make public defense, mainly because a student could be harmed by the publicity.

A similar event had happened earlier at a Jesuit high school which was actively attempting to become more available to a greater number of financially needy students. The details of all this are quite complicated, so I will abbreviate here. Unfortunately, a student wrote a racial epithet on the textbook of another. Parents were understandably upset and spoke to a local journalist with it ending up on a front page. While wanting to acknowledge and address the issue, we also had to be careful about divulging anything on records of students. Rightly so, but also legally due to state school law. Also, the application of discipline was problematic without the matter already being covered in the student handbook. After fairly wide consultation, including with Black minister friends, we came up with a process forward. Eventually it led to our drafting “hate speech” into the disciplinary handbook, but not everyone was satisfied. (Later the state started using it as a model for these situations.) I chose to take the heat myself rather than try to blame anyone else or to try to make excuses about the school’s otherwise good efforts.

These might not be desolations as such as described by the Spiritual Exercises, but I was praying through some discomforting matters. Of most help were the Three Modes of Humility (165-167, enduring insults with Christ loaded with them); the Third Week, particularly what is described as the First Day and the First Contemplation (190-199, Christ suffering for my sins, and what I ought to do and suffer for Christ); and Discernment of Spirits (333, observing the whole course of our thoughts, and 318-324, remaining firm and constant in resolution, persevering in patience, making use of the sufficient grace offered by God, and finding strength in our Creator).

When some of our former students achieve significant markers in their lives. Not just the one who received a multimillion dollar grant to research brain cancer in an Ivy League medical school, or the Rhodes scholar who joined a law firm and served on the Board of Trustees of his high school, or the Deputy Commissioner of the Fire Department of New York, or the judge on the State Supreme Court. Also the nurses, teachers, court reporters, accountants, and business managers, and those who choose to work with their hands. Even if not financial successes of the same order, I am happy for those who live their lives, consciously aware of the help of God. Striving to be the best parents they could be. Many become very active in their communities.