The Within of Things 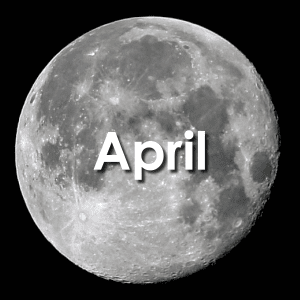 Remember a time when you watched a full moon. While watching, did you think some thoughts, feel some feelings, or desire somethings for your life? The moon evoked these within you. You did not cause them. The moon from within itself – as an interiority – entered into a relationship with you. As a result of that interaction your thoughts, feelings, and desires were evoked.

Everything in God’s Universe has its own interiority, its subjectivity, its voice, its psychic/spiritual dimension, it holiness, its sacredness. Everything that exists is different from everything else because each has its own within and is a word spoken by Ultimate Mystery.

After the initial Flaring Forth of the Universe some 13.8 billion years ago, as the temperature began to drop, stable atoms of hydrogen and helium formed from the sub-atomic particles. There was nothing giving them instructions. The early Universe from Its interiority simply knew how to do this. The Universe as a subject simply expressed itself as hydrogen and helium.

Four and a half billion years ago Earth was a ball of molten rock that had within itself the ability to organize itself into a crust and atmosphere, an ocean, continents, amino acids and living cells. Out of its interiority Earth expressed itself as these cells.  Each cell knew how to be present to and function within a total living organism. It needed no directions from the outside. Its genetic memory carried all the inner instructions that it needed.

We modern people have inherited a Western humanistic tradition that has devalued matter by radically separating it from interiority. Building upon this, the scientific enterprise has stripped the Universe of its interiority. Consequently, everything has become just “stuff” for us. At best we use it and at worst we destroy it. We have lost our ability to hear the voices of the natural world including the voices of one another. We have turned our Earth, our home, into a wasteland rather than living in the mysterious and creative reality that surrounds us. Our inner life suffers as result of this. We are urgently in need of a spirituality that will nurture a more viable relationship with God’s Earth and will recognize the deep mystery of existence within everything and everyone.

This mystery is rooted in the Divine. Every atom, every leaf, every person is an interiority that carries revelation. Because we live in an evolutionary Universe we await with joy dimensions of the Divine which have yet to be revealed. Every being is its own unrepeatable truth that influences the continuing evolution. We are called to abandon our efforts to control and manipulate the truth. We are invited to obey the truth, to be reverent in its presence, to be temperate in its use, to be humble before its depth…to “find God in all things.”

Can we recover our feelings for all reality in its depths? Can we open ourselves to the within of everything and everyone? Once their sacredness washes over us we will be filled with the beauty and depth of the Universe. We will have a new reverence for ourselves and a new energy for healing the destructive split between matter and spirit in our culture.

Things will never be the same again for us and for creation!