The Promise of More 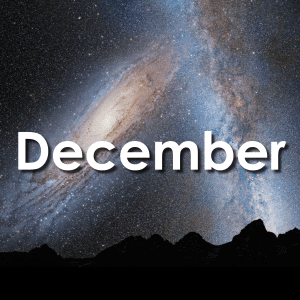 “Billions of years before our own appearance in evolution it was already seeded with promise.” – John Haught

No matter where we focus our attention in the 13.7 billion year unfolding of God’s Universe, we find the promise of more. We find it at the beginning, throughout history, and also in our present moment.

In its original flaring forth the Universe expressed itself as a plasma of charged particles and lots of energy. The temperature of the plasma was in the order of a thousand million degrees centigrade. That primordial furnace contained the promise of atoms. And so it happened, after less than a million years, the plasma cooled and the particles were able to come together and form atoms of hydrogen and helium. Very quickly the Universe took the form of galactic clouds of these gases. The galaxies, billions of them, foamed into existence.

These galaxies held the promise of stars. And so it happened, that due to the attracting force of gravity, the molecules of hydrogen and helium were drawn together where they ignited and the primal stars burst into being. These stars, millions of them in each galaxy, lit up the Universe like a cosmic Christmas tree.

One of the star contained the promise of our solar system. And so it happened, several billion years ago, that a star recently named Tiamat grew old, swelled, and exploded with the brilliance of a billion stars, scattering its dust into space. It was a supernova. Again the uniting force of gravity was at work. Over time the dust from Tiamat was drawn together, where it ignited giving birth to many stars, including the star we call our Sun. It was from the scraps of that birth that our beautiful planet Earth was born.

The early Earth contained the promise of life. And so it happened, some four billion years ago, that conditions were such that life was able to emerge within Earth’s ocean in the form of tiny one-celled creatures. For millions of years they cleaned the waters, added oxygen to the atmosphere, and prepared the way for every different and complex that was to follow. Among those who followed were we humans, that most creative and unpredictable of creatures.

The promise of more was embedded in humankind. And so it happened over the past 200,000 years that we humans moved from being hunter-gathers to being village dwellers and farmers and then to becoming city dwellers and more recently industrialists. We dared to dream dreams and see visions. We created language and art, literature and poetry, philosophy and theology, science and technology, and in our modern times through our science we have taken into ourselves the very powers of the Universe itself.

The more that the Universe promises often turns out to be a surprise and as such points to Ultimate Mystery that is more than we can ever imagine. It points to a Mystery that is full of surprises and delights in change and adventure. Such a Universe provides the cosmic basis for the hope of fulfillment that resides at the core of the great religions and in the hearts of all peoples. This hope invites us into our futures and moves us into action in the present moment.

The promise of more also provides us with the basis for an ecological ethic. It nurtures within us humans an intensified sense of responsibility for Earth, within which such promise is embedded. It fosters an ecological justice, a justice that is sensitive to all creatures that carry within themselves the evolutionary dynamic. It makes evident to us that to contribute to the diminishment of Earth and its human community is to despair of the promise of more and the Maker of that promise.

Many look at twenty-first century world, with its ever-growing problems and perceive an historical process leading to chaos. Such people yearn for the “good old days.” Others look at the same radical changes that are taking place in our world and perceive the resulting chaos as a necessary condition for the emergence of something more that has been promised from the beginning. These are the people who will lead us into our future as a human community.

Our hearts are restless, and when we experience this restlessness we are participating in the promise of more that pulsates throughout God’s Universe. The universal is present in the particular and the particular participates in the universal. The cosmic yearning for more and our human yearning for more are one yearning. An evolving Universe encourages us to believe and to trust that there is always… MORE!