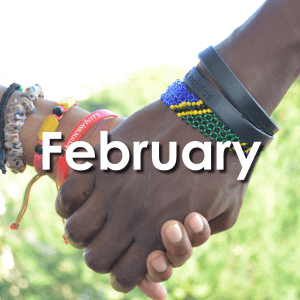 An older world view or cosmology had the Universe hierarchically ordered with humans on the top and other animals and plants down below with rocks on the bottom. This great “chain of being” contributed mightily to the growth of our Western civilization and to the nurturance of a much-needed humanism. It possessed, however, a dark side. It located the Divine above Earth, a mainly transcendent deity, occasionally coming down to intervene with a miracle. Humankind, enjoying the image and likeness of the Divine, was also in a state of transcendence or separateness from the rest of creation.

There was a deep chasm between the human and the other-than-human creatures. This chasm had to do with the spiritual. We humans possessed a spiritual dimension while everything below us did not. We humans carried a dimension of the Divine within us while everything down below did not. Within this view it was easy for us to see Earth – everything below – merely as the background against which we carried out our human enterprise. It was a radically human centered cosmology.

Modern cosmology provides for us the basis of a new vision of our human dignity. It reveals that we are a species of life that looks at itself and wonders why it wonders. We are that only species (as far as we know) that is gifted with this reflective consciousness. It took God’s Universe 13.9 billion years to arrive at that degree of complexity that enabled the emergence of the human within Earth’s community of life. We are what we are because those billion years of cosmic creativity was what it was. Cursing through us is the primordial energy.

According to biologist Elizabeth Sahtouris we are “articulated stardust.” All of the atoms in our bodies, with the exception of hydrogen, were forged in the furnace of a star that went supernova some several billion years ago. The dust from that explosion came together over time to birth our Sun and from the scraps of that birth our beautiful blue-green planet Earth. And within Earth that stardust formed itself into each of us.

According to Jesuit scientist and mystic Teilhard de Chardin “we are billions of years of evolution reflecting upon itself.” We are those beings in whom the Universe thinks, reasons, questions, imagines, writes poetry and sings love songs. A child entranced by the night sky is the Universe entranced by itself. An astronomer peering through a telescope or a biologist looking into a microscope is the Universe learning about itself.

Who is my neighbor? With whom do I have a relationship? To be is to be related. Each of us has an inner-self, a family-self, a friends-self, a national-self, an Earth-self, and a Universe-self. Taken together all of these selves and relationships encompass the total person that each of us is. Nurturing these relationships becomes our journey into wholeness. Being involved in all these relationships is our participation in a cosmic sexuality, an energy of attraction that pulsates at the heart of God’s Universe. Quantum physicist David Bohm writes that “It is the inter-connectedness of the whole Universe that is the fundamental reality…not individual particles.”

In this 21st century we are invited to become cosmological and ecological people who exist within a reality greater than ourselves. To the extent that we ignore this reality we become depleted in what makes us human. To embrace this cosmic level of relationality is a constitutive dimension of our human dignity.

As such we have the privilege of standing up to Earth’s community of life and inviting others to stand with us in awe and appreciation before its beauty and possibilities!