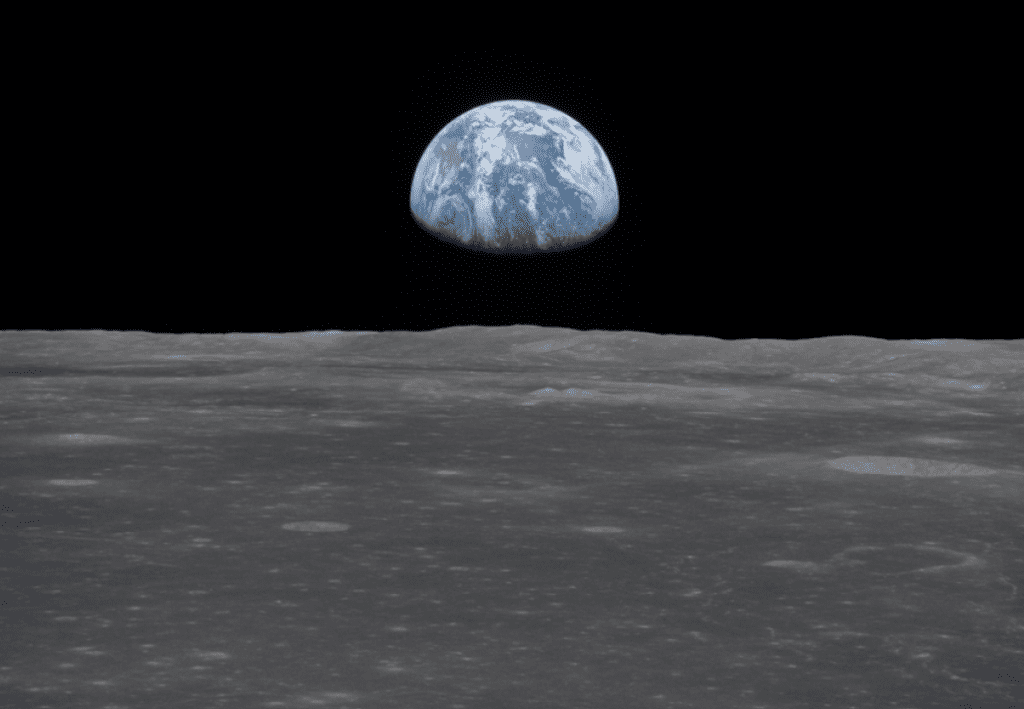 In the late sixties we humans left our planet, looked back, and saw Earth as it really is. It was a shattering. It was an icon. It was an Earth so piercingly beautiful, so fragile in its appearance, unlike anything else we are aware of in the Universe. Earth is not an object but a living subject. It is a physical place to be sure but also a spiritual realm. It carries not only the matter of our bodies but also a dimension of our minds and spirits. It carries everything that means anything to us. We are Earthlings.

This is the new idea that has been let loose. Mystics and native peoples have always known it, but it is a discovery for us modern people. Modern science has been its messenger. It has come at an opportune time, a time when we humans are thrashing our planet on a scale almost beyond imagining and certainly beyond our capacity to fully measure. It is a time when we humans are living in the illusion that we are separate from Earth rather than part of a Whole.

The Great Work of our time is to find ways of moving beyond the illusion of separateness and into the reality of wholeness. Our minds and imaginations are focused on the individual. We have lost sight of the whole. Our mechanistic view of reality causes us to think in terms of parts. We have difficulty in thinking holistically about our personal health, not to mention the health of our planet Earth.

The whole is calling out to us. Our problems are planetary problems. We have named several oceans but in reality there is only one. To pollute part of it is to pollute all of it. There are no borders. Acid rain falls on countries that do not cause it. The weakening of Earth’s immune system and of our human immune system are related pathologies. If Earth is under siege we humans are under siege. We cannot have healthy humans on a sick planet. As Pope Francis has reminded us “What we do to Earth we do to ourselves.”

Our most important tool in carrying out the Great Work is the creative energy of the Universe, the Divine Creative energy, burning within each of us. Let us look deep within ourselves at that place where we are working out of Yes to life and our Yes to God. There we will encounter the Creative Flame burning.

Can we feel its warmth?