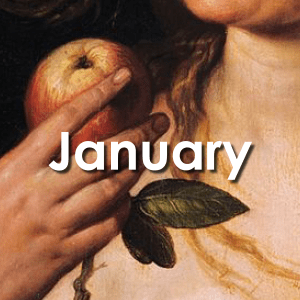 “Where are you?” was the question that God asked in the story of Adam and Eve in the garden. This question was asked subsequent to their making a radical choice that resulted in the experience of alienation from each other, from Creation, and from the Divine One.

Where are we? Can we hear this question being asked of us today, at a time when as a human community we are making a radical choice for death rather than life for our Earth and therefore for its human community? We are opting for the extinction of species, global warming, deforestation, desertification, the pollution of soil, water, air, etc. Do we feel shame and guilt as Adam and Eve did or does our addiction to the consumer lifestyle with its destructive effects prevent us from these feelings? Do we hide as they did? It is easy to hide behind such statements as “global warming is simply too large an issue to deal with” or “I recycle so don’t ask me to do anything more.”

Our scientists tell us that Earth is 4.45 billion years of age and over time has shaped itself into mountains, plains, deserts, and rivers. It has developed an atmosphere and nurtured life within its ocean. Plants came ashore and animals too. Luxuriant foliage moved across the continents. Insects and birds filled the air. Reptiles and mammals walked the land. And very recently Earth has expressed itself in reflective consciousness…we humans are that expression.

All that we are and will become happens because of Earth’s processes. We eat because Earth nourishes itself. We breathe because Earth breathes. We are healed because Earth is self-healing. We can dance and worship because Earth is a celebration and has its rituals, rituals such as the changes of seasons and all the dyings and risings that occur wherever we look. Earth is our origin, our nourishment, our guide, our home. Separated from Earth’s dynamics we would die. Living alienated from Earth as we do, is it any wonder that we experience dead-ends in our personal lives and that the societal institutions we have built are in decline…the economic, educational, medical, legal, and religious ones?

As we make our way into the 21st century since the time of Jesus and the approximately 40 thousand years since Earth gave birth to us modern humans, Mystery invites us to leave Earth as a place of exile, testing, and alienation, and to embrace Earth as our home place. Pope Francis in his recent letter on the environment offers the sub-title “On care for our common home.”

Earth is our home! It is a sacred place! It is where we belong! It is the place where we work out our Yes to life and our Yes to God!