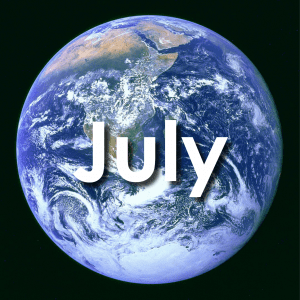 “Frontiers…those geographical and spiritual places where others do not reach or find difficult to reach.”

I was ten years of age in 1945 when the USA dropped the Atomic Bombs on the Japanese cities of Hiroshima and Nagasaki immediately killing at least 180,000 innocents. I remember assembling a scrapbook full of photos of the devastation that I cut from magazines and newspapers. Obviously these events made a deep impression on my young psyche. I didn’t have any words for my experiences, but at that tender age in some intuitive way I knew that planetary biocide was a possibility.

My dictionary describes biocide as something that happens to microorganisms in a laboratory petri dish. No reference is made to planetary biocide, that is, to the diminishment and destruction of Earth’s web of life. Planetary biocide occupies a prominent place in my consciousness. It challenges me regarding what it means to be a man of faith, a Jesuit, and an Earthling. We will never get our Divine-Human and our Human-Human relationships in order until we get our Earth-Human relationships in order.

As planetary biocide intensifies we are reaching the limits of what life on Earth can tolerate. Within this pathology our human-human relationship is becoming more violent and all of our works for social justice more difficult and challenging. As Earth, our outer world, becomes more degraded our Divine-human world, our inner world, is correspondingly affected. We are facing ultimacy and nothing less. We are the first humans ever to be facing such ultimacy. No previous humans could even have imagined such a situation. The identification of our human fate with the fate of Earth is becoming increasingly clear.

I ask myself, what are we Jesuits called to do and to be within this new frontier? It seems to me that the future vitality of our Society will be measured by our ability to make a religious response to the fate of Earth. Making this response can be for us the overarching context for our being and our doing in this twenty-first century. Our Ignatian spirituality can help us discern what direction we must take. Birthing a planetary consciousness is a necessity. This consciousness requires that we move beyond understanding and experiencing ourselves as economic, political, and religious people into also understanding and experiencing ourselves as planetary people.

Of special urgency is the restoration of a sense within ourselves and within others of Earth as being a Divine manifestation, a Divine Milieu, a holy scripture, and therefore a sacred place. Following our brother Teilhard de Chardin who saw us humans as emerging out of both the physical and spiritual dimensions of this holy place, another urgency is the restoration of an awareness within ourselves and within others that we are not “on” Earth but “of” Earth. Our capacity for subjective communion with Earth needs to be nurtured. “The human community and the natural world will go into the future as a single sacred community or we will both experience disaster on the way” (Thomas Berry).

I choose to live in that hope!