Justice for Earth and its Humans 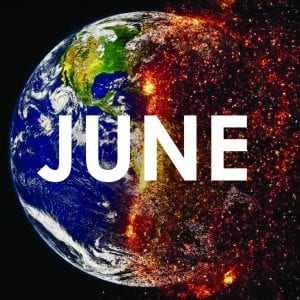 It is time to abandon the illusion that the environment is not central to the long-term economic health and well-being of all Earth’s peoples. Injustice for us humans and destruction of Earth’s ecosystems are not two separate challenges. They are one.

We cannot have healthy people on a sick planet. Our economic systems can no longer disregard the ways in which Earth works. Continuing in this illusion is not good for any of us and is especially hard on the poor and the marginal among us.

It is time to embrace the reality of our cosmic inter-connectedness. Native Americans tell us about the sacred circle. The Buddhist tradition speaks of everything being dependent on everything else for its existence. Our Christian mystics teach us that we cannot fully be ourselves without being in communion with all that exists. Significantly, our scientists now refer to the Universe as a single energy event in which everything is present to everything else. To be is to be related. Lasting justice for Earth and for its humans is only possible within this cosmic communion.

It is time to move out of that consciousness which perceives reality in terms of separateness and dualism, that worldview which structures everything in terms of superior and inferior, dominant and subordinate, the human over the other-than-human, men over women, first world over third world, one race and religion over another. Herein lay the roots of all the injustices we suffer today. The fundamental conversion required is to see all as interdependent partners sharing in one Earth-human community.

Is it possible for those of us who have lost hope in the human endeavor and/or in Earth’s future survival to regain that hope within the cosmic reality of inter-connectedness? Is it possible for the poor and the rest of us to listen to each other and to do justice together within this communion? Is it possible for us, as women and men of faith, to focus our meditation upon the mystical bond that exists between us humans and our Earth?

It is possible. It is no accident that we are living at this time in history. It is time to act. It is not yet too late for Earth and its humans!