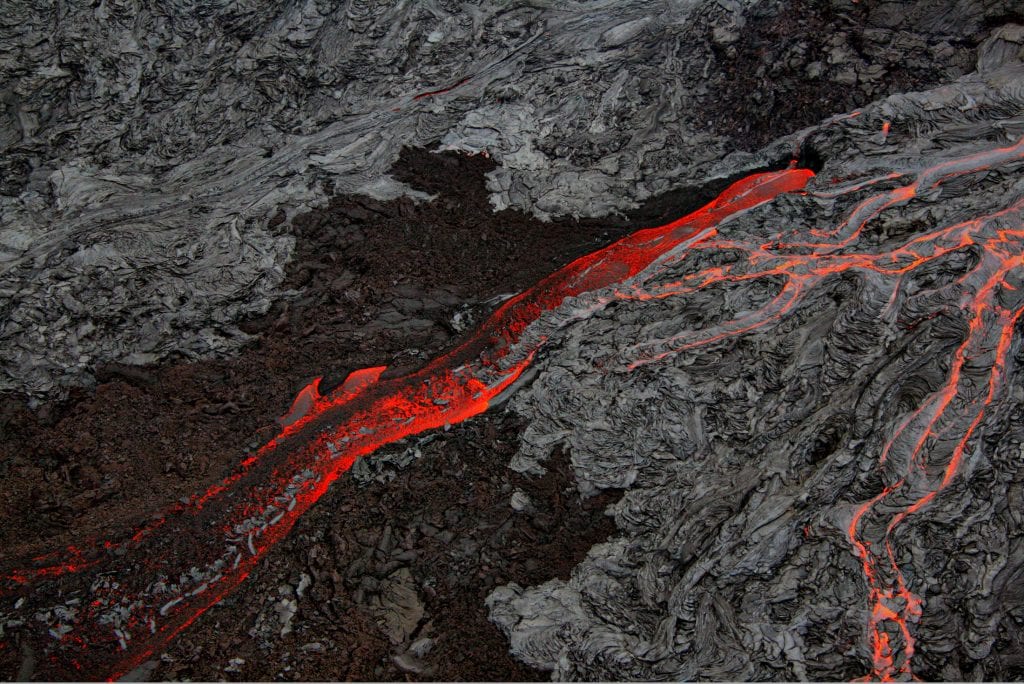 If you are reading this page, you are the result of a miracle! Some 4.5 billion years ago the landscape of planet Earth consisted of molten rock. The energy from countless meteorite collisions and the heat of radioactive decay combined to turn Earth’s surface into a pool of molten material. Perhaps it resembled the ponds of lava we observe in present day volcanoes.

Over time Earth cooled, an atmosphere formed, and it began to rain. For thousands of years the waters fell as Earth shaped its ocean and then its continents. Deep in that ocean chemical processes were producing the process we call life. At first there were very simple blue-green algae (prokaryotes). They learned how to eat sunlight. These were followed by cells that had a nucleus (eukaryotes). Sexual reproduction, multi-cellular animals, jelly fish, flat worms, clams, snails, vertebrates, fish, insects, trees, amphibians, reptiles, dinosaurs, flowers, mammals, whales, monkeys, dogs, apes, gorillas, and the first humans followed.

This brings us to you and me. It took some 4.5 billion years for Earth to unfold us. It took that much time for a molten Earth to organize matter and energy into that degree of complexity as to form us. It took eons upon eons for a living Earth, responding to its spontaneities, to shape us. Out of its within, from its mystery, Earth has expressed itself in everything and everyone – languages and cultures, philosophies and religions, Socrates and Plato, Buddha and Jesus, crayons and computers, songs, dances, poems, and prayers.

Do we need any miracle other than this miracle of Earth’s continuous creation and unfolding from molten rock into this very moment? Indeed, this creative sequence of transformations is a miracle, not one involving a Divine intervention into natural processes, but one taking place within these very processes.

Having heard this story, we can never be the same again. Our self-awareness and our awareness of the Divine are transformed. We can be human in a new way. No longer rootless. No longer lost but connected to Earth. We can experience a vast new aspect to our existence, a fulfillment in a cosmic mystery. Can this mystery cause us to experience wonder? To be in wonder is where religion begins, and ultimate meaning unfolds.