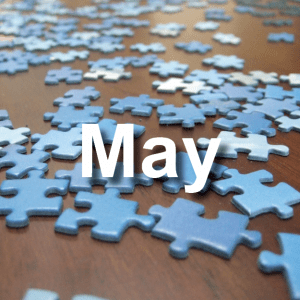 An interface is a place of heightened energy and deep creativity. Consider the interface where the Divine and the human meet, where a woman and a man encounter one another, where the outer world touches the inner world, where light and darkness dance together at dawn and dusk, and where the ocean washes up onto the land.

A new urgency is pressing in on us as we enter into the third millennium and its twenty-first century. It is the interfacing of spirituality and ecology. This adventure has only recently begun and we cannot move into any kind of sustainable future for Earth and its humanity without its continuance.

Earth is the matrix of the human. It surrounds and supports us. It supplies the air we breathe, the water we drink, and the food we eat. It is the context that nurtures our imaginations as well as our artistic and intellectual lives. It activates our innate sense of the Divine. “Earth is primary, we are derivative” (self-proclaimed “geologian,” Thomas Berry).

Those of us who have lived our lives within the Judeo-Christian tradition have not distinguished ourselves in our concern for Earth. Those of us who believe in a Benevolence that is present and acting in the Universe are the very ones who are present and acting in such malevolent and destructive ways on our common home Earth. It isn’t just we as individuals who are doing this but it is also the industrial, military, and consumption-driven economic structures that we have fashioned and that increasingly control us.

This interfacing of ecology and spirituality focuses our attention on the inter-connectedness and inter-dependence of all the living and non-living systems of our planet. It invites us to allow the Earth community to embrace us. It invites us to move out of our isolation as a species of life and to embrace our responsibilities within the larger community. It invites us out of our patriarchal stance before all of life into a posture of identity and intimacy.

Can we perceive that our nobility as humans comes from the quality of our Earth-human relationships? Can we experience our concern for the fate of our planet as a sacred concern? Can we hear the “cry of the poor” increasing in volume as Earth is increasingly diminished?

Students’ Hopes Feed Those Who Accompany Them by Fr. Steve Katsouros, SJ
Fr. Steve Katsouros, SJ, penned the article while serving as dean and executive director at Arrupe College of Loyola University Chicago, a two-year program for students who want to go to college but aren’t sure how to pay for it. It's a great first step for them to earn an associate’s degree with little to no debt before transferring to a four-year college to earn a bachelor’s degree. Fr. Katsouros is now president of the Come to Believe Foundation where he will look to replicate the Arrupe College model at other campuses.
News
Read Fr. Kevin O’Brien, SJ’s Homily from the Inaugural Mass
This morning, Fr. Kevin O’Brien, SJ, president of Santa Clara University, celebrated a Roman Catholic Mass for President-elect Joe Biden, Vice President-elect Kamala Harris, their extended families, and Congressional leadership before Biden’s inauguration as the 46th President of the United States.
Story
Walking with Refugees 40 Years Later
40th Anniversary of Jesuit Refugee Service (JRS)
News
Scroll to Top
X
Tweet
Share