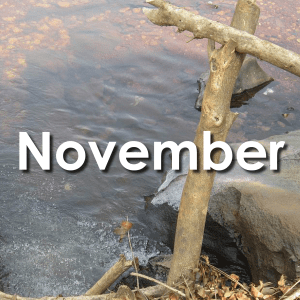 By Spirituality I refer to our efforts to discover and actualize who we are, to live out of our depths, and to enter into harmony with all that exists. In short, our spirituality is our “way.”

After World War II our spirituality engaged in a serious dialogue with modern psychology and has been seriously enriched. Our way on the individual and inter-personal levels has become more meaningful. Later we began to dialogue with the social sciences as they point to our existence on the public and societal levels. This second dialogue promises to bear much fruit for our future nourishment.

A new urgency is pressing on us as we enter our 21st century. Spirituality has begun a third dialogue, that is, with ecological science. This interfacing has just begun and we cannot move into our future without its continuance.

Earth is the matrix of the human. It surrounds and supports us. It supplies the air we breathe, the water we drink, and the food we eat. It is a context that nurtures our imaginations, our artistic, intellectual, and religious lives. It calls forth our inborn sense of the Divine.

Despite this dependence we have managed to radically and, in some cases, irreversibly alter Earth’s web of life with our technologies. In the name of “progress” we continue to do so. Looking at this pathology is not pleasant but it is necessary. We are changing structures that have taken the natural world hundreds of millions of years to bring into existence. Even modern estimates suggest that time is running out.

The roots of this pathology run deep. They are to be found in our very cultural and religious structures. We humans who believe in a Benevolence that is present and acting in the Universe are the very ones who are acting in such malevolent and destructive ways. It isn’t only ourselves as individuals who are doing this but it is also the industrial and consumptive-driven economic structures that we have fashioned.

All of this is not to get us depressed, or guilty, or move us into psychic numbness. I do hope that you will feel some anger welling up within yourself. The old story of our relationship with Earth no longer serves us well. There is a new story which is beginning to be told now for the first time and which carries the dream and energy of our future.

The new science of ecology contributes to the telling of this new story. It focuses our attention on the inter-dependence of all the living and non-living systems of our planet. It invites us to move out of our isolation as a species and to embrace our responsibility within the larger Universe and Earth community. It summons us from our patriarchal stance before God’s Universe into a posture of identity and intimacy with the entire cosmic order. As we respond to these invitations the third dialogue begins.

Can we begin to perceive that our nobility as humans comes from the quality of our Earth-human relationships? Can we begin to recover our primary solidarity with God’s Universe and its Earth? Can we experience our concern for the fate of Earth as a sacred concern? Can we hear the “cry of the poor” increasing in volume as Earth diminishes? Can we see that the destruction of our Earth is a modern aspect of the Passion of the Risen Christ?

Students’ Hopes Feed Those Who Accompany Them by Fr. Steve Katsouros, SJ
Fr. Steve Katsouros, SJ, penned the article while serving as dean and executive director at Arrupe College of Loyola University Chicago, a two-year program for students who want to go to college but aren’t sure how to pay for it. It's a great first step for them to earn an associate’s degree with little to no debt before transferring to a four-year college to earn a bachelor’s degree. Fr. Katsouros is now president of the Come to Believe Foundation where he will look to replicate the Arrupe College model at other campuses.
News
Read Fr. Kevin O’Brien, SJ’s Homily from the Inaugural Mass
This morning, Fr. Kevin O’Brien, SJ, president of Santa Clara University, celebrated a Roman Catholic Mass for President-elect Joe Biden, Vice President-elect Kamala Harris, their extended families, and Congressional leadership before Biden’s inauguration as the 46th President of the United States.
Story
Walking with Refugees 40 Years Later
40th Anniversary of Jesuit Refugee Service (JRS)
News
Scroll to Top
X
Tweet
Share