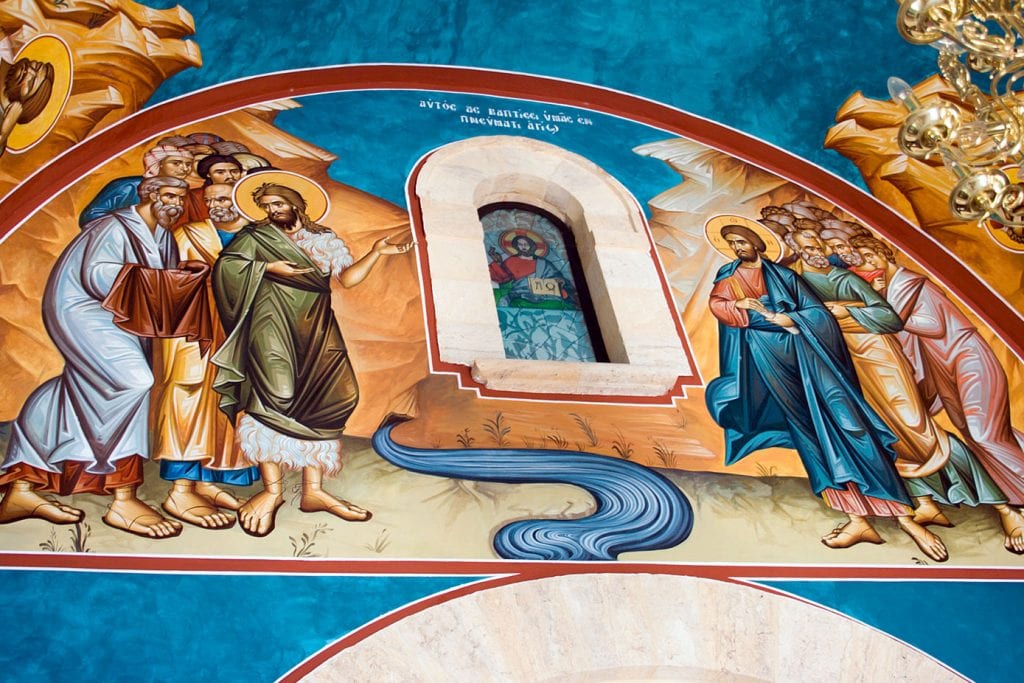 At the time of John the Baptist, repentance showed itself in external signs such as fasting, public lamentations, wearing sackcloth, and public confession of sins. These external signs indicated an internal disposition or change of heart, and a radical turning about. This is the deepest meaning of the word “repent.” It means not just a minor change in direction but a 180-degree turn from one’s previous path.

The Baptist proclaimed that a serious turning was required as preparation for the dawning of a new age. The question before us at the beginning of our twenty-first century is: What kind of serious turning is required of humanity as we engage with the new age that is dawning within our time?

I want to share my answer to this question. I was ten years old when the U.S.A. dropped the atomic bomb on Hiroshima, killing in an instant some 140,000 innocent civilians. Three days later, we dropped another bomb on Nagasaki, killing some innocent 70,000 non-combatants. These two events had a deep effect on my young psyche. I didn’t have any words for these events at the time but deep inside I knew that the killing of vast sections of life on our Earth was a possibility.

No previous humans have ever possessed such power, a power once accorded only to the gods. This possibility of nuclear biocide has increased enormously in modern times but it does not seem to loom large in our collective consciousness. Perhaps it is something just too horrible for us humans to think about. Perhaps we are paralyzed by the thought.

Apart from this nuclear danger, however, biocide is well underway. Earth’s forests are shrinking, water-tables are falling, soils are eroding, fisheries are collapsing, rivers are running dry, plant and animal species are going into extinction, ice caps are melting, etc. No previous generations have ever had to deal with these dangers.

This is a time that calls out to us to repent, to make a radical turn away from the precipice that we are headed for. Never before has such a collective change of heart been required of humanity. This need for repentance is a primary sign of our times, no less than it was in the time of the Baptist. It is a sign that should move all of Earth’s people into action. It is a sign that calls us into action. It is a sign that calls upon us to be not just economic, political, and religious people, but also planetary people. Only if we learn to be intimate with and love Earth will we stop diminishing and destroying the only home we have.

On the levels of our souls we are being called to make this great turning!