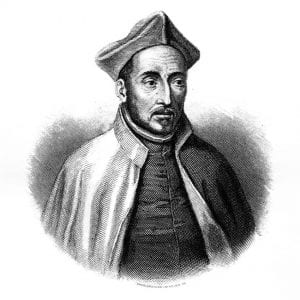 For a number of years I have been fascinated by St. Ignatius’s fascination with “the more universal good” as a guiding norm for decision making. It has seemed to me that this norm carries the possibility that, in each historical moment, we will find ourselves being called to the cutting edge of the human adventure. It is at this edge that we will find the future pressing in on the present moment. It is at this edge that the Creative Spirit is certainly at work.

The ecological issue is not just one issue in a long list of issues about which we need to be concerned. It is, rather, something that is foundational. Injustice for Earth’s human community and destruction of Earth’s ecosystems are not two separate challenges. They are one. Hidden beneath economic poverty today is ecological degradation. Human health is intimately linked to planetary health. As Earth is progressively diminished, relationships between humans and the Divine become less meaningful. Earth reveals less of the Numinous and becomes less Good News. Faith for us becomes more difficult.

The vision calls for a transition from the present time of human devastation of Earth into a future time when we humans will be present to Earth in a mutually-enhancing manner. At the present moment the relationship is a mutually-destructive one. A new consciousness is required, an eco-spiritual consciousness, in which we live in a participatory manner in an Earth that is Revelatory!