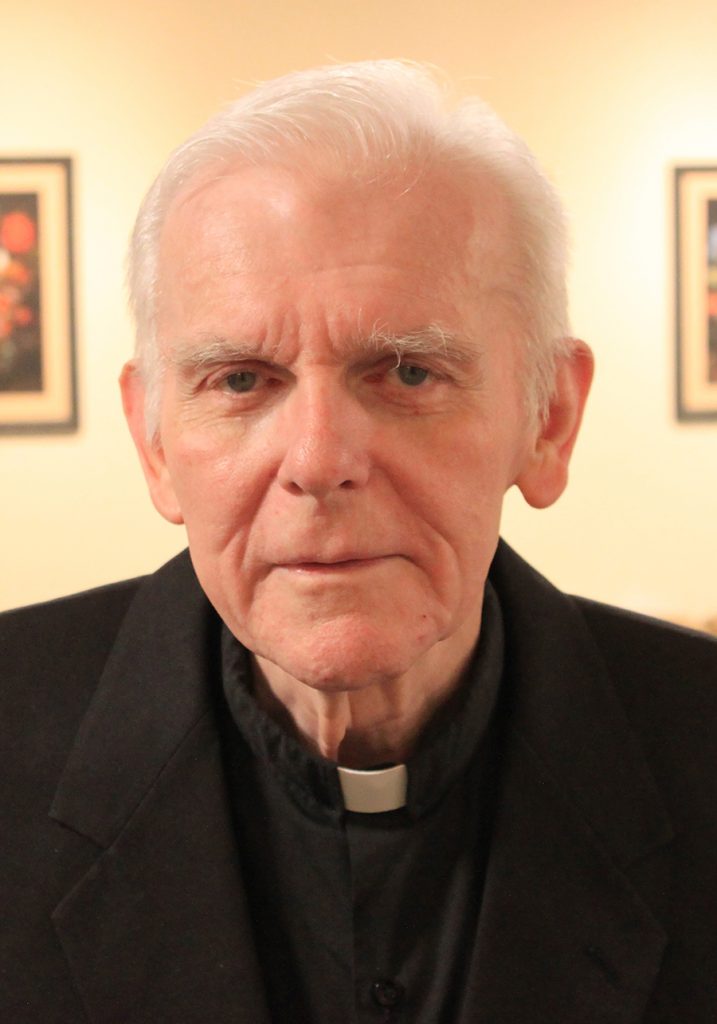 Fr. White attended Canisius High School (1950-1954) and then entered the Jesuit Novitiate at St. Andrew-on-Hudson, Poughkeepsie, N.Y., for both Novitiate and Juniorate (1954 – 1958). His course of studies was Jesuit Standard. After Juniorate he travelled to Spring Hill College in Mobile, Al., to study philosophy and chemistry.

Fr. White taught chemistry and was moderator of the Science Society for his regency at McQuaid Jesuit High School in Rochester, N.Y. (1961-1964). After regency he went to Woodstock College in Maryland to study theology and was ordained a priest by Bishop James McNulty on June 8, 1967, in the Canisius College Chapel in Buffalo, N.Y. Fr. White made his tertianship at the Jesuit Martyrs’ Shrine in Auriesville, N.Y. (1968-1969).

In 1969, Fr. White went to The University of St. Louis in Missouri to study more chemistry. Then, for more than thirty years (1971 – 2002), he taught chemistry and physics at Xavier High School in New York City, where he was a great proponent of learning by hands-on experiment. It was at Xavier that Fr. White demonstrated his quiet yet joyful proficiency working with and supervising the stage crews for many a Xavier student production. Stage lighting was his specialty. No one knows for sure where Fr. White picked up his liking for wearing boots, the higher and the longer the laces the better, but boots or not, everyone, especially students, knew that Fr. White was always available. He pronounced his final vows on Oct. 19, 1976 in the Chapel of Our Lady at Xavier High School.

In 2003, Fr. White was ready for a change, and he moved back to his hometown of Buffalo, N.Y., for a well-earned sabbatical and for nine years as minister of the Canisius College Jesuit Community, including a year as science teacher at Canisius High School.

In 2012, Fr. White moved to Auriesville as assistant to the Shrine Director until 2015 when he moved to Murray-Weigel Hall, the province Health Care Center, Bronx, N.Y., where his assignment was to pray for the Church and for the Society of Jesus.

Fr. White was a normally quiet man, yet always pleasant and with a good sense of humor. He often spoke with his eyes and his smile rather than his mouth. Like so many Jesuits before him, Fr. White had offered to God all his liberty, his memory, his understanding, his entire will. Fr. White died on May 26, 2022. Toward the end of his life, God took Fr. White at his word; and God’s grace was enough for him.