Highlights from 2022 in the USA East Province

Dec. 20, 2022 – As 2022 comes to a close, we have gathered together some of our top stories from the last twelve months. This past year, the province welcomed Jesuit Father General Arturo Sosa during his visit to the United States, saw Fordham University elect its first lay woman as president and celebrated more men answering the call to join the Society of Jesus. Read about these stories and more below. 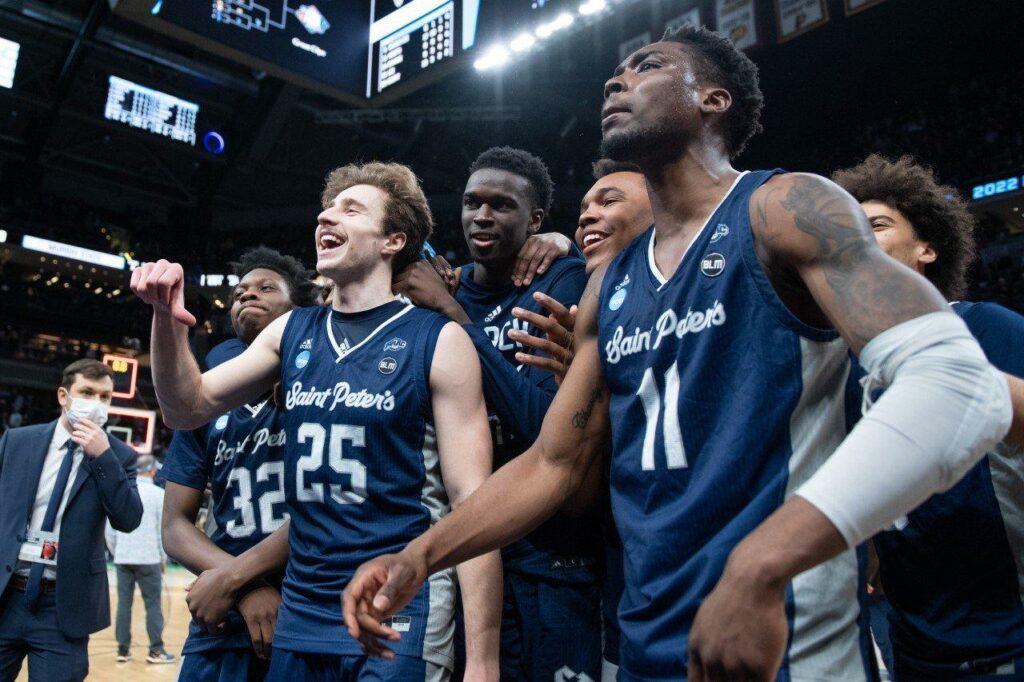 Earlier this year, Saint Peter’s University made history during March Madness. The university was the third 15 seed school in the men’s tournament to advance to the Sweet Sixteen. Additionally, it was the first 15 seed school to advance to the Elite Eight. While Saint Peter’s lost to North Carolina, they did inspire not just the fans in their home state of New Jersey but also the Ignatian family and friends throughout the country. 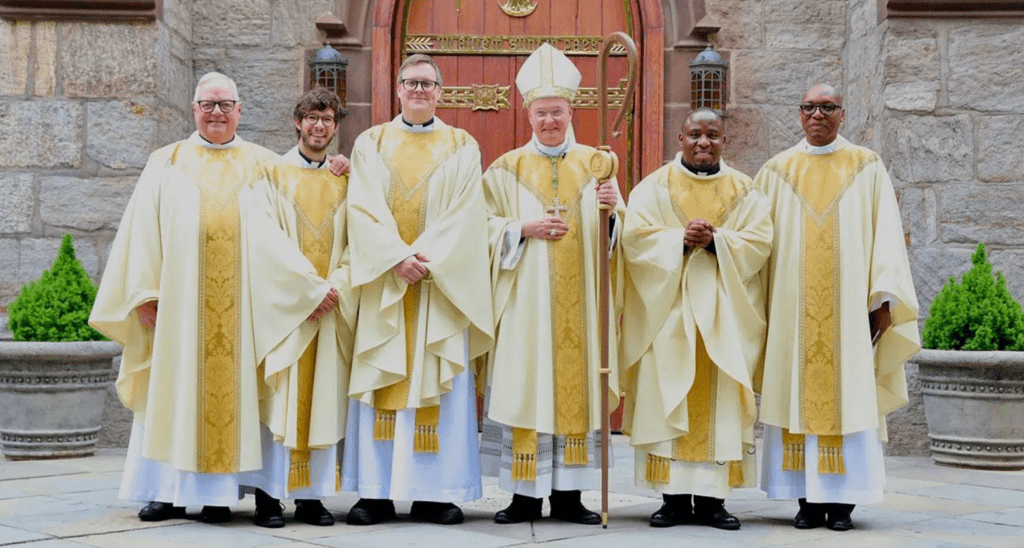 On June 11, 2022, three Jesuits were ordained to the priesthood at the Fordham University Church: Frs. Matthew Cortese [second from left], Sean Hagerty [third from left], and Sudzer Charélus (Province of Canada) [second from right]. These Jesuits entered the Society of Jesus and have completed a ten-year formation process that began as a discernment and a call of the Holy Spirit. They are now living out their vocations as Jesuit priests, serving the Catholic Church and the people of God. On August 13, 2022, Alec Hufford, SJ (left), and Angelo Jesus Canta, SJ (right), of the USA East Province, professed their First Vows at the Cathedral of the Immaculate Conception, Syracuse, N.Y. With silver crosses in their hands and the official “SJ” after their names, they have since embarked on the rest of their formation as brothers in Christ, companions in the Society of Jesus.

A Visit from Father General Sosa

Over the summer, we were blessed to have Father General Arturo Sosa visit our province and travel to some of our apostolates and institutions, meeting many Jesuits, colleagues, and directors of works. From speaking at a conference for the International Association of Jesuit Universities at Boston College, and visiting some of our schools and universities, to visiting a few Jesuit health centers and communities, presiding at masses, and meeting local bishops and cardinals, his schedule was certainly extensive. Pictured above: Fr. Sosa stands between Fr. Joseph O’Keefe, SJ, provincial of Jesuits USA East, and Fr. Joseph McShane, SJ, who just finished an 18-year tenure as president of Fordham University.

A Return of Province Events 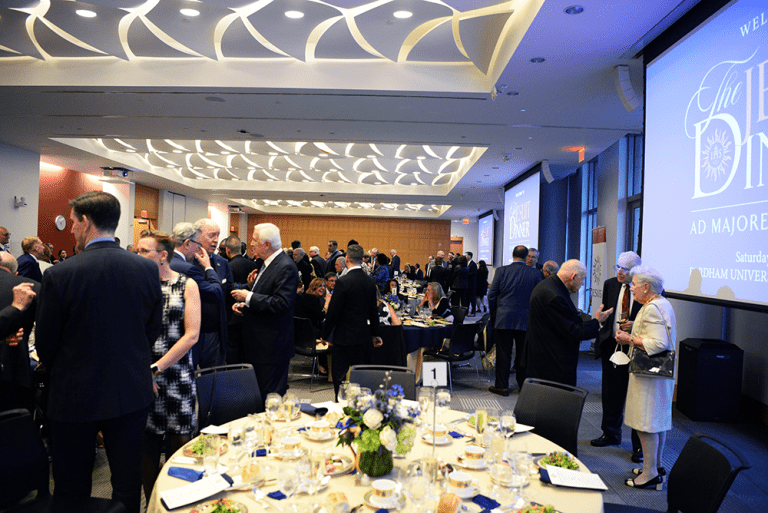 On May 7, 2022, more than 120 friends, supporters, and Jesuits gathered at Fordham University’s Lincoln Center Campus in Manhattan for the USA East Province’s Jesuit Dinner. The night was an opportunity to not only celebrate the works of the Province but also to present Mr. John C. Meditz with the Ad Majorem Dei Gloriam award. This was the Province’s first in-person dinner gathering since the start of the COVID-19 Pandemic. 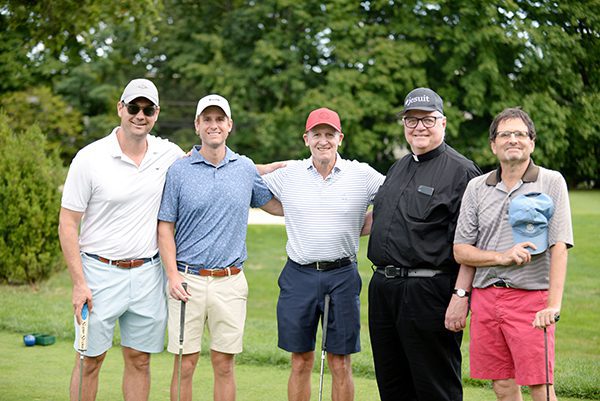 New Appointments in the Province

This past year saw a number of new appointments throughout the province. While there are too many to list here, highlights from higher education include:

Steve K. Stoute, JD, vice president for strategic initiatives and chief of staff at DePaul University in Chicago, was named the 25th president of Canisius College in Buffalo. He began his tenure on July 1, 2022. Stoute succeeds President John J. Hurley, who announced his retirement after serving 12 years as president and 25 years overall at Canisius. 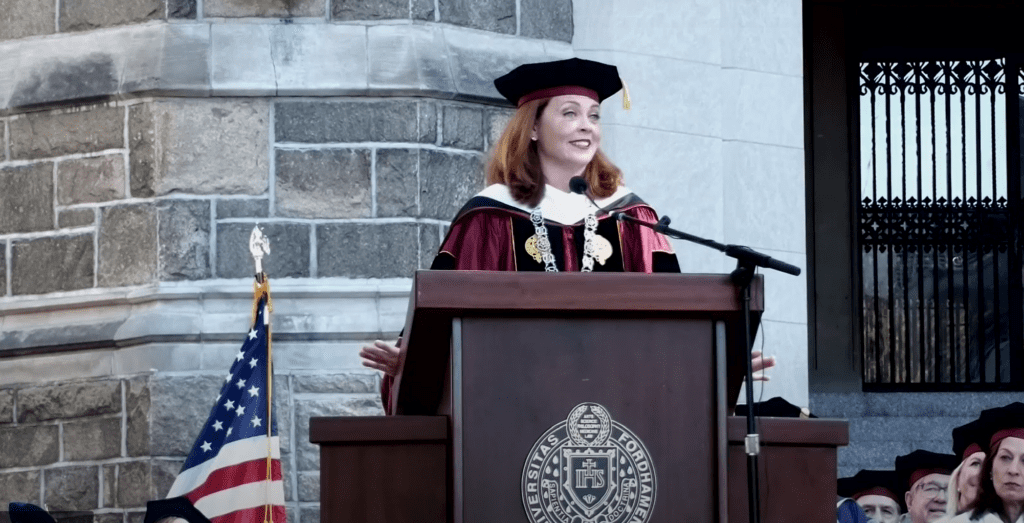 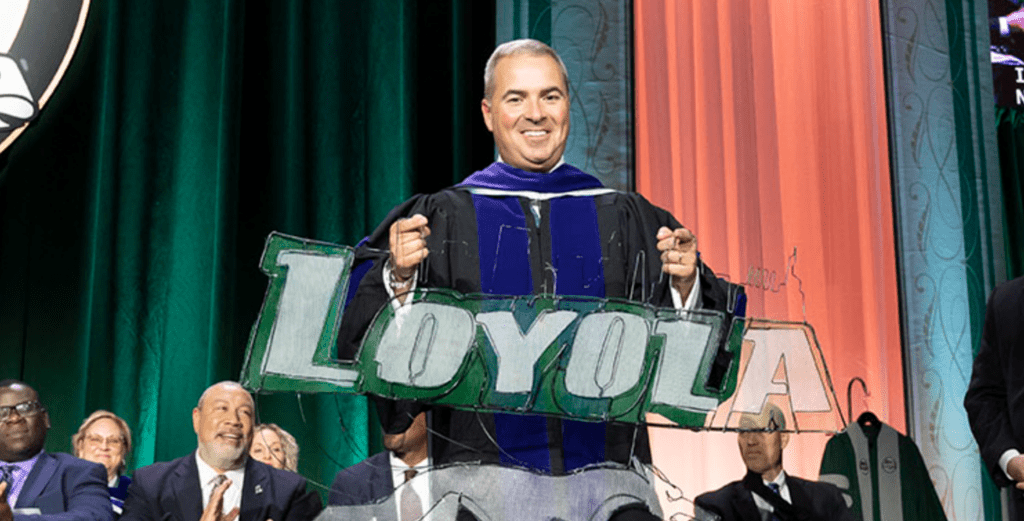 Terrence Sawyer, JD, was selected as Loyola University Maryland’s 25th president and the first layperson to serve as president. He was formerly Loyola’s senior vice president and began his new role on Jan. 1, 2022, he was formally inaugurated in October.