December 13, 2019 — Today Pope Francis celebrates the 50th anniversary of his ordination to the priesthood — a ministry he sees as being a shepherd who walks with his flock and yearns to find those who are lost. 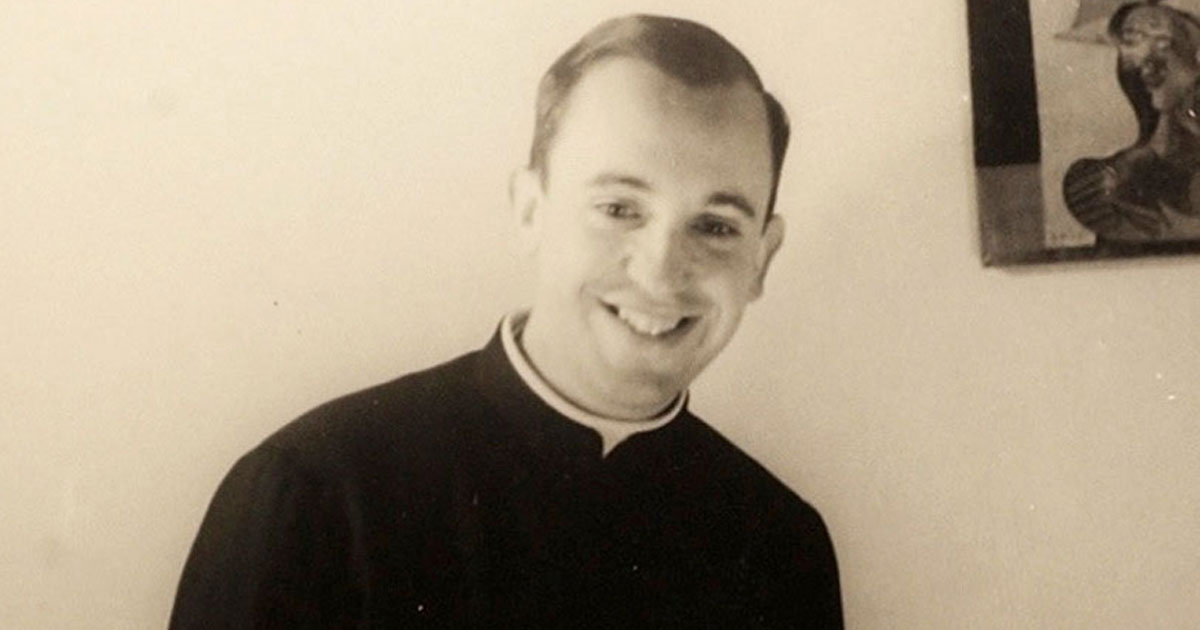 Jorge Mario Bergoglio as a young Jesuit (Society of Jesus)

On December 13, 1969, four days before his 33rd birthday, Jorge Mario Bergoglio was ordained a priest in Argentina. His vocation was born many years before, when he was a 17-year-old student headed to a school picnic on Sept. 21, 1953, the feast of St. Matthew, and he felt compelled to first stop by his parish of San Jose de Flores.

It was there, speaking with a priest he had never seen before and receiving the sacrament of reconciliation, he was suddenly struck by “the loving presence of God,” who, like his episcopal motto describes, saw him through eyes of mercy and chose him, despite his human imperfections and flaws. 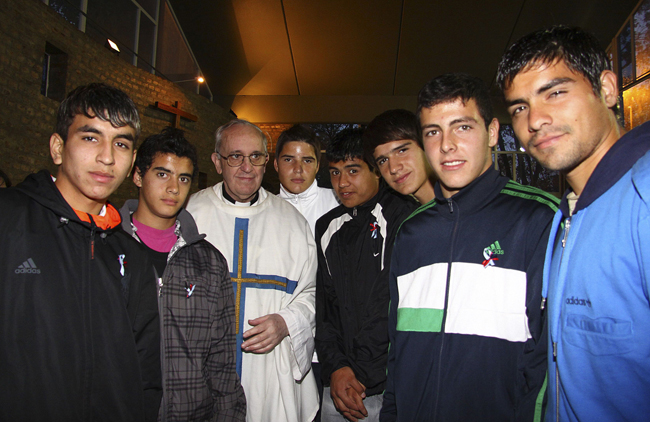 Even though he served as auxiliary bishop, then archbishop of Buenos Aires, Argentina, for more than 20 years, was elevated to the College of Cardinals in 2001 and elected pope in 2013, he has said, “What I love is being a priest,” which is why of all the titles he could have, “I prefer to be called ‘Father.’” 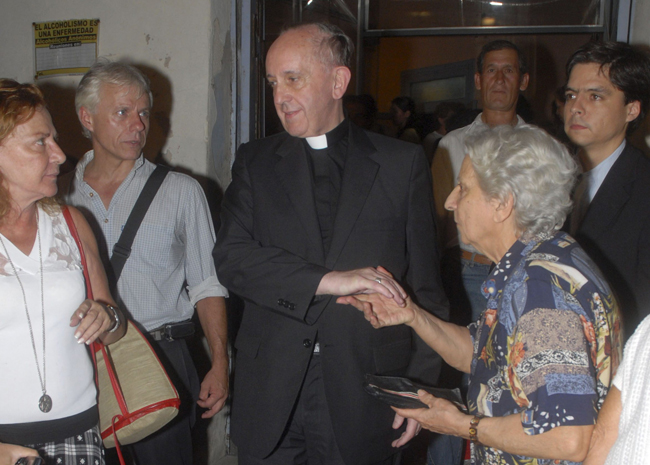 So much of what Pope Francis experienced in life and his vocation influenced what he says today about the priesthood, what it means and what it should be for the church.

The Priest as a Missionary 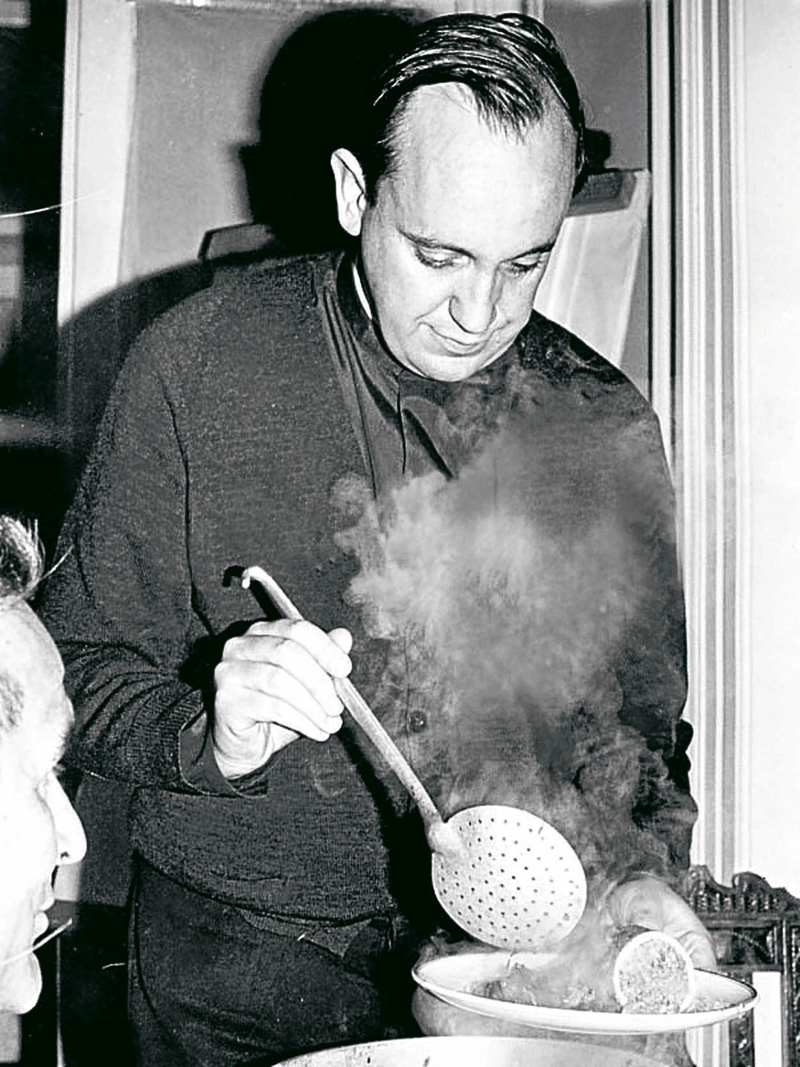 Like Jesus and the early apostles, the priest is a missionary, and this was part of the reason a 21-year-old Bergoglio chose to enter the Society of Jesus. “I was attracted to its position on, to put it in military terms, the front lines of the church, grounded in obedience and discipline. It was also due to its focus on missionary work,” he said in a 2010 book-length compilation of interviews with Sergio Rubin and Francesca Ambrogetti.

But there is a balance the priest must juggle that incorporates Jesus’ compassion and that strong discipline. “Priests who are — allow me to say the word, ‘aseptic,’ those ‘from the laboratory,’ all clean and tidy — do not help the church,” the pope told Rome’s priests in 2014.

“Today we can think of the church as a ‘field hospital,’” he said, because “there are so many people who are wounded by material problems, by scandals, also in the church. People wounded by the world’s illusions. We priests must be there, close to these people,” immediately treating those wounds with mercy before delving into the details.

The Priest and Mercy

A priest will reflect on and learn from his own mistakes, the pope has often said, and pray for the grace and courage needed to do what God wants, not what a closed, cold or proud heart desires.

It is only by recognizing and admitting one’s failures, the pope has said, then seeing that God still awaits, still offers mercy and forgiveness like the father of the prodigal son, that a priest will be able to see familiar wounds in others and share, in turn, that same undeserved mercy. 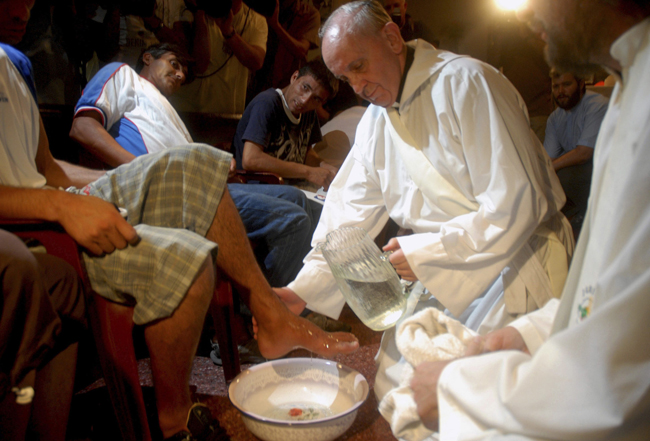 Argentine Cardinal Jorge Mario Bergoglio washes the feet of residents of a shelter for drug users during Holy Thursday Mass in 2008 at a church in a poor neighborhood of Buenos Aires. (CNS photo/Enrique Garcia Medina, Reuters)

In a letter to priests in 2019, he said, “Our age, marked by old and new wounds, requires us to be builders of relationships and communion, open, trusting and awaiting in hope the newness that the kingdom of God wishes to bring about even today. For it is a kingdom of forgiven sinners called to bear witness to the Lord’s ever-present compassion. For his mercy endures forever.” [Source: CNS]

On the 50th anniversary of his ordination to the priesthood, pray for Pope Francis with this prayer from the United States Conference of Catholic Bishops: 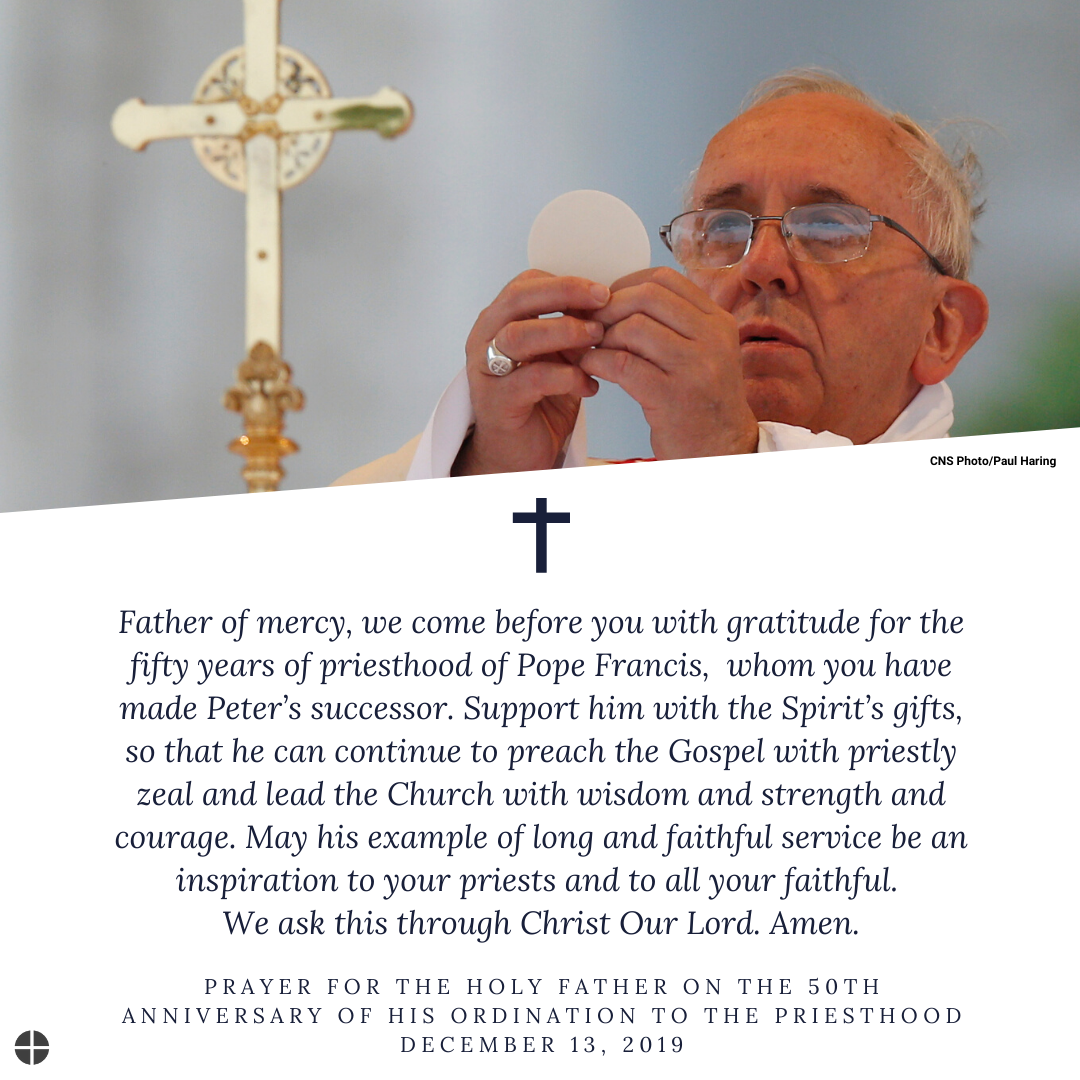