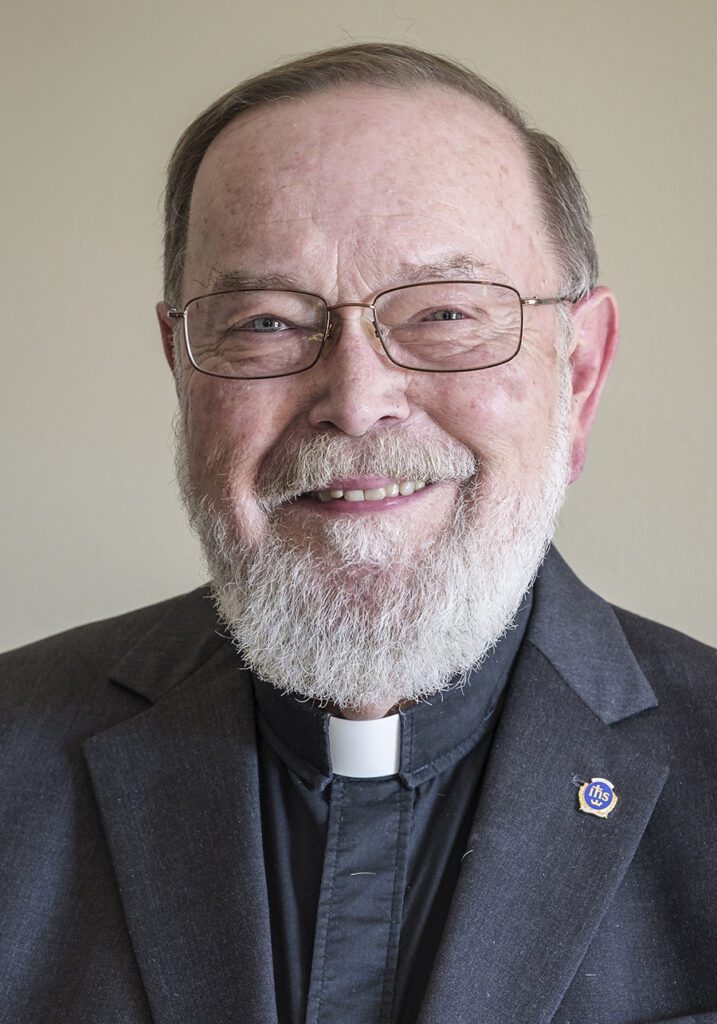 Fr. Loftus, was born in Pittston, Pa., the son of William and Clare (Allan) Loftus. Following graduation from Scranton Preparatory School in 1964, he entered the Jesuit novitiate at Wernersville, Pa. He subsequently completed philosophy studies at Loyola Seminary, Shrub Oak, N.Y., in 1969, followed by a year of teaching philosophy at Georgetown University. In 1971, Fr. Loftus received a master’s degree in philosophy from Fordham University and then spent another year teaching at Loyola College in Baltimore, Md. He began theology studies at Woodstock College in New York, from which he graduated in 1975 with a Master of Divinity degree. Fr. Loftus was ordained to the priesthood on December 21, 1974, at Holy Trinity Church in Washington, D.C. After a pastoral year at Manresa-on-Severn in Annapolis, Md., he began doctoral studies in psychology and Religion at Boston University, which he completed in 1987.

Fr. Loftus enjoyed a distinguished career as a psychologist and educator. In 1986, he became the executive director of the Southdown Institute in Aurora, Ontario, Canada, a position he held until 1993. During his tenure at Southdown, Fr. Loftus was instrumental in assisting the Canadian bishops to address the sexual-abuse crisis. After a yearlong sabbatical, he was a professor of psychology at St. Jerome’s College in Waterloo, Ontario from 1995 to 1998. In 1998, he was named President of Regis College in Toronto, where he was also a professor of psychology and pastoral care.

Upon returning to the Boston area in 2004, Fr. Loftus renewed his private psychotherapy practice with clergy and assisted the Archdiocese of Boston through his support of the Clergy Trust. He became the director of the Jesuit Urban Center in the South End in 2004 while continuing his private practice. After the Urban Center closed in 2008, he joined the staff of St Ignatius Parish in Chestnut Hill as a part-time associate pastor. He was a beloved member of the St. Ignatius community, especially for his brilliant homilies and his celebration of the family Mass in which the characters of the Peanuts comic strip were featured players (He was known as “Fr. Snoopy.”). He deeply regretted having to leave St. Ignatius Parish and the Boston College Jesuit community but continued his work assisting priests and religious of the Archdiocese as well as presiding and preaching at Holy Trinity Church in West Harwich, Mass.

Fr. Loftus is survived and will be greatly missed by his niece, Clareanne Merlo, her husband Tom, and their sons Tommy and Matthew, as well as a number of other nieces and nephews. He was predeceased by his three older sisters, Mary Clare McCabe, Bernadette Albus, and Kay Pursel. Fr. Loftus also leaves behind his many Jesuit brothers who will miss him dearly.