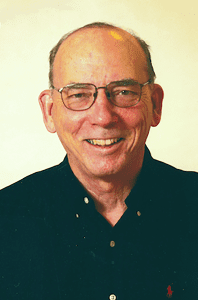 After completing his studies in philosophy at Loyola Seminary in Shrub Oak, N.Y. (1959-61), he taught history, speech and English at McQuaid High School in Rochester, N.Y. (1961-64). Fr. Schroth did his theology studies at Woodstock College, Md. (1964-67), and was ordained to the priesthood on June 15, 1967 in the Fordham University Church by Bishop John Maguire.

During the next several years he was Academic Dean, first at Rockhurst College in Kansas City, Mo. (1979-81), and then at Holy Cross College in Worcester, Mass. (1981-85). It was then that he moved to St. Peter’s College in Jersey City, N.J., where he was a visiting professor of humanities, taking the Durant Chair.

Loyola University of New Orleans was the locale where, for the next ten years, he taught communications, and then journalism. This was interrupted only by a sabbatical year (1993-94) at Georgetown University. In 1996, Fr. Schroth returned to New York to serve as assistant dean of Fordham College. Three years later he moved back to Jersey City to be professor of humanities; there he remained until 2010.

Fr. Schroth then became an associate editor of America magazine, a position he held until his death. For health reasons he moved to Murray-Weigel Hall in August of 2016. After a fall in 2017, he was confined to a wheelchair and accepted reluctantly, but with faith, his disabilities.

Fr. Schroth came from a journalistic background. It was his grandfather, Frank Schroth, who owned and operated both The Trenton State Gazette and The Brooklyn Eagle. Fr. Schroth published seven books and innumerable articles in America, Commonweal, U. S. Catholic, The National Catholic Reporter, The New York Times Book Review, The Los Angeles Times, The Boston Globe, The Columbia Journalism Review, and other scholarly publications.

After a brief hospital stay following a fall, he died peacefully at Murray-Weigel Hall. He now can rest from his labors in the arms of the God who inspired his life, and through him, inspired many others.

God Values Differences: An Eco-Reflection by Jesuit Fr. John Surette
May 1, 2021 - An eco-reflection form Fr. John Surette, SJ.
News
Planning your Estate with Winthrop Rutherfurd, Jr.,
April 26, 2021 - Mr. Winthrop Rutherfurd, Jr., a longtime friend of the Jesuits has recorded another video about Planned Giving which we are pleased to share with you. In this installment, Mr. Rutherfurd talks about IRA’s and 401(k)’s.
News
The Ignatian Year – A Worldwide Celebration
May 20, 2021 begins the Society of Jesus and the Ignatian family’s worldwide celebration of the Ignatian Year. On that date 500 years ago, Ignatius Loyola was wounded by a cannonball while defending Pamplona.
News, News Story, Spiritual, Story
Scroll to Top
X
Tweet
Share