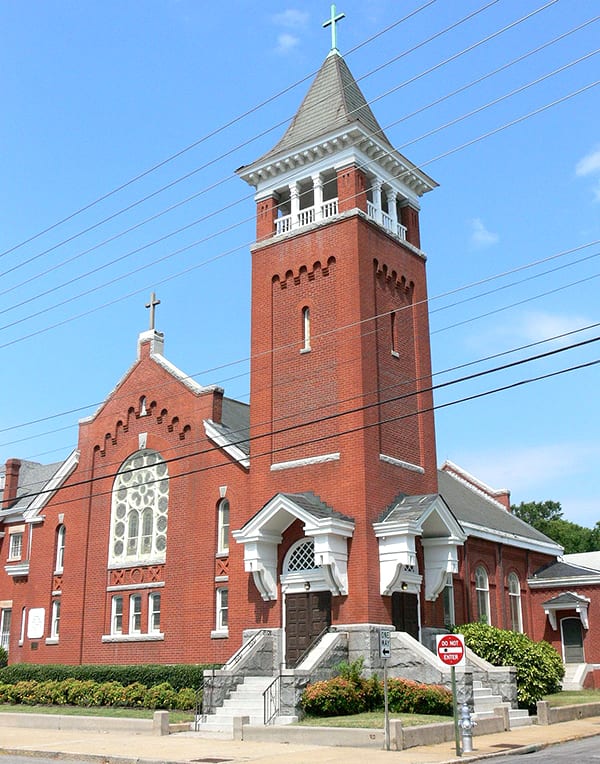 At about 9:00 pm one night this past June, Fr. Henry Shea, SJ, a Jesuit finishing a doctorate at Oxford, called me from the hospital. Fr. Shea had been living with us since April when classes where shut down. He was visiting a parishioner dying from COVID-19. Fr. Shea had seen him a few weeks before when the family came knocking at the rectory door asking if I could visit him at the hospital. I could not, unfortunately, since the diocese had put me in quarantine after a woman who had tested positive for the virus attended Mass, and I might have been potentially exposed. My public ministry was on hold, so Henry gladly visited the man.

Our parishioner was now near death, and Henry asked if he could have Mass with the family in church that night, as they were very distraught. I agreed, of course; we just needed to follow the right protocols. The Mass began at about 10:00 pm with approximately 30 people who had their temperatures taken, were asked health questions, then seated six feet apart throughout the church.

Their loved one died that night, right around the time Mass concluded. A small service was held a couple weeks later at a local funeral home, not long after a memorial Mass at the parish. He was buried in his hometown in Mexico.

That was the fifth COVID funeral in the parish. The sixth was to follow just a few weeks later.

The coronavirus has hit Sacred Heart hard. Latinos make up a hugely disproportionate number of COVID infections in the Richmond area—6.7% of the Richmond population, but 31% of the confirmed cases. This has prompted the CDC to study the phenomenon, and its Foundation has partnered with local Richmond organizations to assist members of the Latino community for financial and other assistance.

This is our reality. We have anecdotes of entire families having the virus with many not seeking medical assistance out of fear. One of our Hispanic parish leaders, a deacon, observed that the community has gone into shock, with people openly speaking about sending their bodies home if it comes to that.

Two of the major hotspots in the local area fall within our parish boundaries—though we typically draw parishioners from an hour in all directions—and there are infections throughout the region. The local newspaper recently identified the two Richmond zip codes with the highest rate of COVID infection—two of our three parish zip codes.

These hotspots are home to some of the poorest Spanish-speaking people in the region. For many of these Hispanics, Spanish is actually their second language. They are Mixteco, indigenous from the highlands of southern Mexico. The main town, Metlatónoc, where most are from, has historically been one of the ten poorest municipalities in the country. Our sixth COVID funeral was a 42-year old woman from that town. Her body is still awaiting transport to Mexico a month after her passing.

Throughout July and August, we held RCIA, confirmations and first communions every night to catch up from the spring. Most nights, members of the Mixteco community received sacraments. There have been two Mixteco weddings and one funeral (COVID) since the pandemic started.

Sacred Heart parish is 95% Latino, with most recent arrivals from Mexico and Central America. The pandemic has been difficult for us—just like everywhere else. Public Masses, with restrictions and strict protocols, began at the end of May, but people are not returning in numbers, out of fear. As our deacon noted, the community is in paralysis.

With all this going on, people continue to live and to reach out to Sacred Heart in times of distress. We still have Masses every day. Our lay leaders are leading reflections during prayer services in church three nights a week and Mass is held every other night.

It is a wonderful place, even in these times of pandemic. We struggle financially—there have been stretches that our income has been down 70%. At the same time, parishioners’ determination continues to inspire us. We received a money order last week from an indigenous Guatemalan. The quantity was clearly a sacrifice for him. There is a woman who lost her job when things shut down in March. She started selling tamales in the apartment complex where she lives so she could help her parish.

These gifts are truly heartwarming but do not nearly cover our expenses. The reality is stark. Our neighboring parish, which also has a large Latino community, had to sell some property to make ends meet.

To learn more, please visit our website. Our Latino population relies so heavily on Sacred Heart parish. We strive every day to heed the call of the Jesuits’ Universal Apostolic Preference to “walk with the poor and those on the margins.”