The Ignatian Year – A Worldwide Celebration

From May 2021 until July 2022, the Society of Jesus celebrates an Ignatian Year.  What is an Ignatian Year? May 20, 2021 marked the 500th anniversary of St. Ignatius’ conversion — that fateful day when Ignatius the soldier, struck by a cannonball, began his transformation into Ignatius the pilgrim. How might we grow in our relationship with God and our love for one another by meditating on this important moment in Ignatius’ life?

God continues to invite each of us into a deepening relationship, to ongoing conversion. We believe that by embracing this invitation, we embrace our God who calls us to act in new, bold ways that reconcile our world, bringing about justice, peace and compassion. For this Ignatian Year, we ask for the grace to see all things new in Christ.

An Ignatian Year Song on the Life of St. Ignatius

A song for the Ignatian Year, “Carry You,” has been released by Jesuit Tracks, a new musical collective for Jesuit musicians and colleagues. With a folk / electronic vibe, and lyrically based on the life of Ignatius of Loyola, the single was composed by Phil Hurley, SJ (Jesuits USA East), produced by multi-instrumentalist and Chilean Jesuit school grad Nicolás Emden, and includes the synthesizers of Aric Serrano, SJ (Jesuits Central & Southern) and background vocals by JVC staff member Carter Lex White. “Carry You” will be available on Spotify, Apple Music, YouTube Music, and other online music platforms. Join the creators of this Ignatian song for a special live stream release event to close the Ignatian Year beginning 8pm Eastern on July 31, 2022, the feast of St. Ignatius.

Click here for more details and to hear the song! 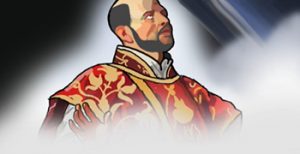 To commemorate the Ignatian Year, a mini-virtual Ignatian Inspiration Concert was performed by students from Fairfield Prep, Fordham Prep, and Loyola School. The concert consists of an original music composition with two movements—Movement 1: “Go, Set the World Aflame ” performed by a wind ensemble, and Movement 2: “Suscipe” performed by a string orchestra, piano and choir.

In a wonderful tribute to the Ignatian Year, an article in Holy Cross Magazine looks at the challenging life if St. Ignatius, from his background as a young man and wounding on the battlefield, to his conversion and writing of the Spiritual Exercises. Interviewed in the article are Fr. Timothy O’Brien, SJ, director of mission initiatives; historian Fr. John O’Malley, SJ, and Michele Murray, vice president for student affairs. They each speak on these various milestones in the life of our Jesuit founder and how they relate to today. Fr. O’Brian refers to St. Ignatius as the patron saint of “Now what?”, which in today’s context, is so very relatable. The article also details a new initiative at Holy Cross called the Campus Colleagues Program, a localized version of the national Ignatian Colleagues Program that fosters Ignatian identity and tradition at Jesuit universities.

In a most creative way to showcase the life of St. Ignatius during this Ignatian Year, St. Ignatius Church in Chestnut Hill, MA, produced a stop-motion video with LEGOS® to the narration of the children’s book Audacious Ignatius. The animation was created by parish communications director, Michael Sennet, and narrated by the book’s author Paul Mitchell.

Saint Peter’s University created a series of videos that walk through the milestones of St. Ignatius on his way from conversion to founding the Society of Jesus, complimented by wonderful music and images. Click here to access the videos.

As part of the Ignatius500 video series, John Pignone, SJ, who is currently doing his Regency at Xavier High School in New York City, hosted a video segment on discernment that focuses on the conversion of St. Ignatius and how he discerned God’s call in spite of his own longings for more worldly things. As John reflects, “[Ignatius] put aside his previous aspirations and launched himself into the unknown, because that’s where God was waiting for him.” 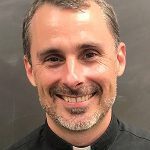 In honor of the Ignatian Year, Fr. Phil Hurley, SJ, pastor at St. Raphael Church in Raleigh, has written a song about the life of Ignatius that has been recorded by Jesuit singer Cristóbal Fones, SJ, of Chile. The song is titled Aún Más Allá, in English, “Carry You,” and will be included on a new album by Jesuit composers for the Ignatian Year. It is available on iMusic and iTunes, as well as Spotify and other platforms. Plans are under way for it to hopefully be recorded in English as well.

Fr. Fred Betti, SJ, associate pastor at St. Michael’s Church in Buffalo and the chaplain of The Response to Love Center, recorded a short video about the Ignatian Year and “cannonball moments.” Watch him discuss the significance of how these “cannonball moments” not only transformed St. Ignatius but can transform all of us.

McQuaid Jesuit President Fr. Phil Judge, SJ, led students into the Ignatian Year with some thoughtful remarks and prayer before introducing a well-choreographed reenactment of the infamous battle of Pamplona.

St. Ignatius was a master of spiritual conversation. Through such conversation, he knew individuals could speak directly to God and hear God’s voice, already speaking back. Even today, spiritual direction is an important way to better come to know God at work in our lives. Have you ever considered meeting with a spiritual director?

The Office of Ignatian Spirituality has a tool to help connect you with a spiritual director. 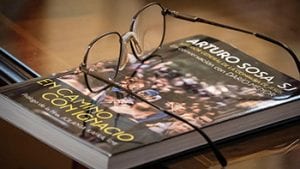 To help kick-off the Ignatian Year, Father General Arturo Sosa, S.J. has published a new book, Walking With Ignatius. The book focuses on the current challenges facing the Catholic Church, what it means to lead the Society of Jesus, the situation in his native Venezuela, his relationship with Pope Francis, the first Jesuit Pope in history, and the world revealed by the pandemic.