Outreach at Old St. Joseph Church in Philadelphia provides meals and so much more

Old St. Joseph Church, founded by the Jesuits in 1733, is the oldest Roman Catholic Church in the city of Philadelphia and among the oldest in the United States. The church has a long and storied history and presence in Philadelphia and to this day remains a vibrant Catholic community approaching the 300th anniversary of its founding. Throughout its long history, the church has organized efforts to reach out to the poor and vulnerable of the city. Early such efforts often involved educational programs of varied kinds. Saint Joseph’s University and St. Joseph’s Preparatory School trace their origins to this old Jesuit church on Willings Alley. Today, the parish manages and supports a highly successful outreach program called Faith, Food, and Friends which feeds persons in need and the homeless three times a week. The generous financial support of Old St. Joseph parishioners and the outstanding dedicated service of many volunteers—including health care and legal professionals—make this parish effort possible and highly effective. 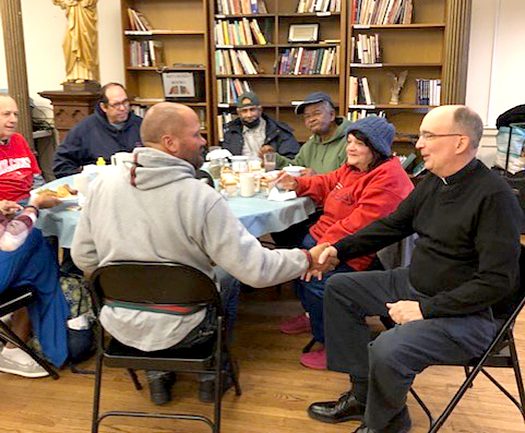 The program began in 1985 with a group of parishioners who prepared soup and sandwiches to bring to unsheltered persons—primarily men—in the nearby park and area surrounding the church. Several years later the program moved inside and grew to serving a freshly cooked sit-down meal prepared and served by volunteers three days a week. The program continues to be completely staffed by volunteers with the majority of funds provided by parishioners of Old St Joseph’s Church. In addition to meals, guests have opportunity for conversation, fellowship, workshops on health, and other activities. Faith, Food, and Friends provides more than meals for the hungry. The Program began a collaboration with the Bethesda Project four years ago to shelter individuals with psychiatric and substance use issues. A Bethesda Case Manager meets with guests on-site during meals to facilitate entrance into a shelter as a first step to permanent housing. For many guests, this is their initial contact with the homeless services system in the city. This partnership has led to 40 people being housed and has helped many others get off the streets and begin to transform their lives.

Guests of Faith, Food, and Friends also receive assistance to apply for various benefits such as food stamps, grants to help pay for utilities, obtaining prescription lenses, and access to medical care. Guests can sign-up to have their mail delivered to the parish, are assisted with toiletries provided by parishioners via a wish list, and are given socks and clothing when available. For many years, a generous benefactor has donated new winter coats during the cold months. The program has hosted COVID-19 vaccination clinics for guests in partnership with Jefferson Health—a major medical center in Philadelphia. When the world shut down during the pandemic, Faith, Food and Friends moved outside once again and began including women. Volunteers continued coming in three times a week to prepare meals for people in need. The program did not miss a single day of service due to the pandemic and provided mylar blankets and hand warmers since many of the city’s warming centers were closed. Faith Food and Friends returned to indoor service three days a week in June 2022. The program now also welcomes women. 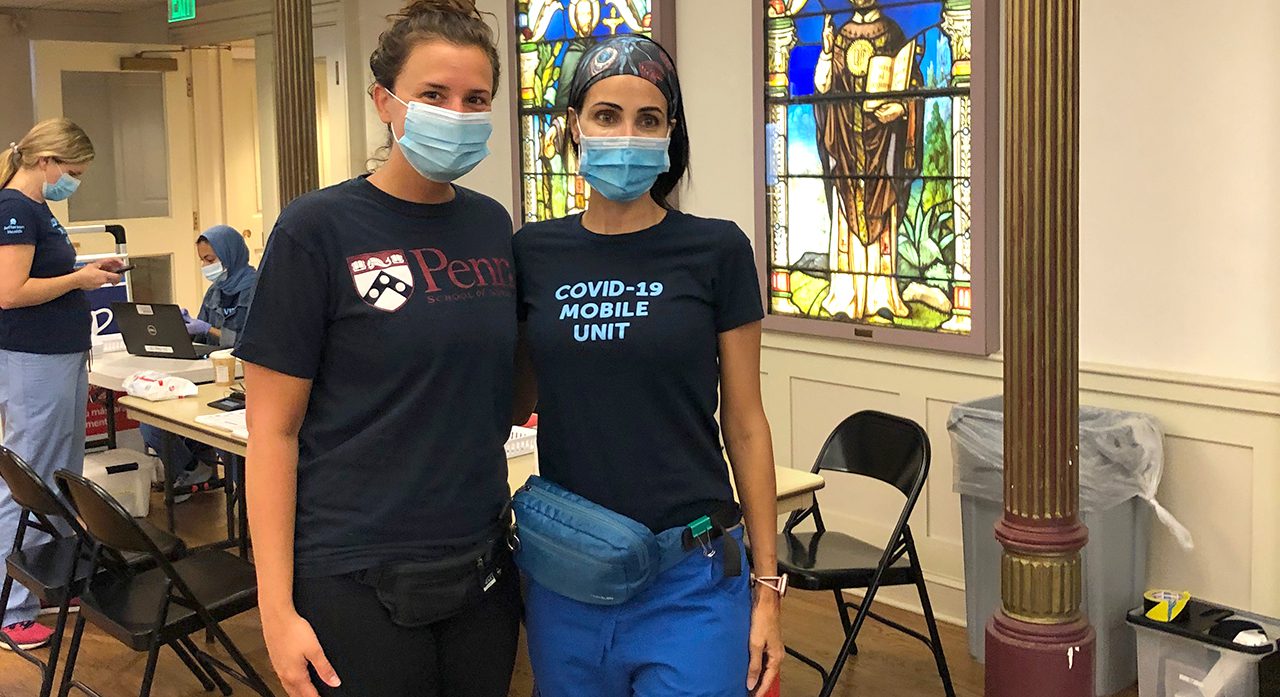 Faith, Food, and Friends strives to build community among the guests so they realize they are not alone. Guests give back to the program by helping with check-in, serving the meals, and cleaning up. Coffee is served before the meal to encourage conversation and meals are served restaurant style.

Volunteers report there are many moments of grace—having the right size shoes to give someone who is wearing flip-flops in October or being able to stretch the food to serve one last person knocking the door. The first day serving inside after two years of take-away meals during the pandemic, one of the guests stated that “it was the first hot meal he had in two years.” One volunteer was personally moved hearing a guest say that “the gift bag we gave him in December was the only gift he received that year.” Before every meal, the program statement of purpose is read – or sometimes recited from memory.  A prayer is also offered by one of the guests. The statement of purpose of Faith, Food, and Friends was written by the guests over 20 years ago and reads: With hope in God’s goodness we meet as a group of people who share common problems, pain, sorrows, joys and successes. Many of us share problems in addiction, homelessness, poverty, mental or emotional disorders and spiritual emptiness. We desire holistic healing of our bodies, minds, and spirits. We pray that this will be the first step in turning our lives around. We have hope.