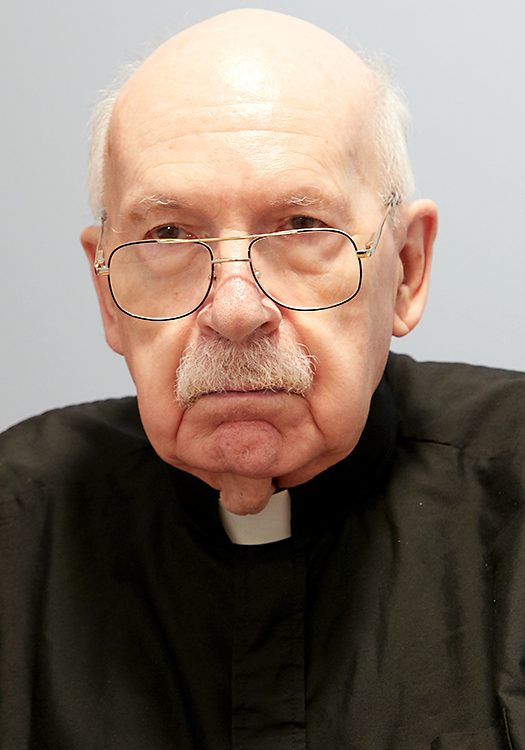 In Feb. 1963, Br. Bender entered the Society of Jesus at St. Andrew on Hudson in Poughkeepsie, N.Y. On Feb. 2, 1965, he professed First Vows. From 1966 until 1971 he served as the Assistant Director of the Catholic Medical Mission Board at Xavier High School in New York City. From 1971 to 1975 he lived in the Bronx at Kohlmann Hall. While there, he worked as Secretary to the Provincial, as well as Minister and Director of Office Personnel. 1971 was the also the year when he started his tertianship. On Feb. 2, 1973, he professed his Final Vows.

In 1975, he gained a variety of new titles which he would hold for the next three years. In addition to being the Minister at Kohlmann Hall, he was the Treasurer of Novitiate and Province Director of Catholic Relief Services. He would return to Xavier High School in 1978 and stay for six years. While here, he worked as the Assistant Director of the Catholic Medical Mission Board and the Assistant Treasurer until 1981 when he became Treasurer.

In 1984, Br. Bender did some international work in Nigeria. He spent two years working at St. Joseph Parish in Benin City, Nigeria as the Assistant to the Superior. In 1986, Br. Bender returned to the United States and spent a year at Murray-Weigel Hall in the Bronx, N.Y. as an Assistant Minister. From 1987 to 1988, he was the Assistant to the Rector at Saint Peter’s College. He returned to Murray-Weigel Hall for a year in 1988 to work as the Assistant Director of the Province Infirmary. He also was Pastoral Minister to Home Health Care Hudson County.

In 1989, he returned to Xavier High School for six years. He worked in a variety of roles while there, including Minister and Assistant to Rector. It was here that he completed his degree in nursing at New York University in 1992. While living at Xavier, he also served as a Pastoral Minister in Home Health Care, was in charge of Health Practices Practical Nursing at Gouverneur Hospital and was a Charge Nurse at Home Health Care.

From 1994 to 1999 he was a nurse and minister at Mt. Loretta Nursing Home; Inter-County Home Health Care Sacred Heart, and served the Jesuit Retreat House in Auriesville, N.Y. From 1999 to 2005 he returned to Murray-Weigel Hall where he worked as the Assistant to Director of the Infirmary and eventually as the Assistant in Province Infirmary. From 2005 to 2009 he would work at Auriesville Jesuit Martyrs Shrine, Auriesville, N.Y., as the Jesuit Community Assistant, Jesuit Cemetery Assistant, the House Consultor and was responsible for Shrine Security.

His last assignment would be at a Jesuit healthcare center–not Murray-Weigel Hall, but rather Campion Health and Wellness Center in Weston, Mass. He served as an assistant to his infirm brother Jesuits for ten years from 2009 until 2019. In 2019 he retired from active work but continued to pray for the Church and Society. He passed away on Feb. 7, 2022.