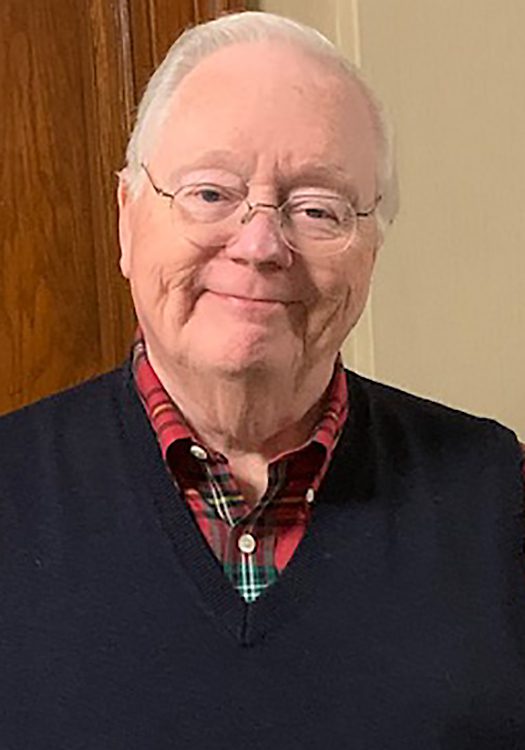 Fr. Ford went to Marian High School in Framingham before entering Boston College where he earned his BA in Economics and History in 1964. After graduation, he decided to do some volunteer work. He could have gone to either Jamaica or Baghdad. He chose Baghdad so that he could see Europe on the way.

On arrival in Baghdad, hungry and dirty, after a dusty train ride without a food car, he was told by an older Jesuit there to “go get a haircut,” and was not allowed to enter the house until he did so. He taught algebra, second year religion, and English pronunciation. He often remarked that everyone there spoke with a Boston accent! After a year in Baghdad, he returned to the United States for an education course at Boston State College and to teach at Medway High School, where he taught history, economics and geography.

In 1968, he entered the Novitiate at Shadowbrook in Lenox, Mass., which he credited to a spiritual experience while serving Mass at the Holy Sepulcher in Jerusalem, while in the Middle East. He went on from there to do an MfA at Dartmouth College, completing his degree in 1975. He also completed his philosophy studies and then theology at Weston College in Cambridge, Mass. From there he went on to Creighton University in Omaha, Neb., for Campus Ministry (1975-76).

Fr. Ford was ordained to the priesthood in 1975 at the College of the Holy Cross. From there he was missioned to Boston College High as the Department Chair of the Arts Department until 1982. He was also in charge of the soccer team, which had two Italian students who played very well while Fr. Ford shouted from the sidelines “Kick boys, kick”!

He then made his Tertianship in Ireland and worked at Our Lady’s Hospice for the Dying in Dublin. He was then assigned to the College of the Holy Cross (1993-2004) as Assistant in Campus Ministry, associate chaplain, Admonitor, and sub Minister. He celebrated 337 weddings while working in the Campus Ministry Office! This is also when his gift for service to his brother Jesuits really began to grow.

He returned to his alma mater, Boston College, as Assistant Rector, Minister, Admonitor and Prefect of St. Mary’s Chapel. This was his hardest assignment in that St. Mary’s Hall needed to be totally refurbished. The College bought an apartment building at 2000 Commonwealth Avenue. Fr. Ford had to set that up for the Jesuit Community. They had to take down walls, create a kitchen, a dining room and a chapel and furnish all of the rooms. On the other side, he had to buy all new furniture for the new St. Mary’s Hall, where his artistic eye really helped. It was a huge success and Michael was rightly praised for his attention to detail and kindness under pressure.

From here, he returned for two years to Holy Cross as Minister, but illness required him to come to Campion Center in Weston Mass., starting in 2018. He died peacefully there on October 13, 2022.