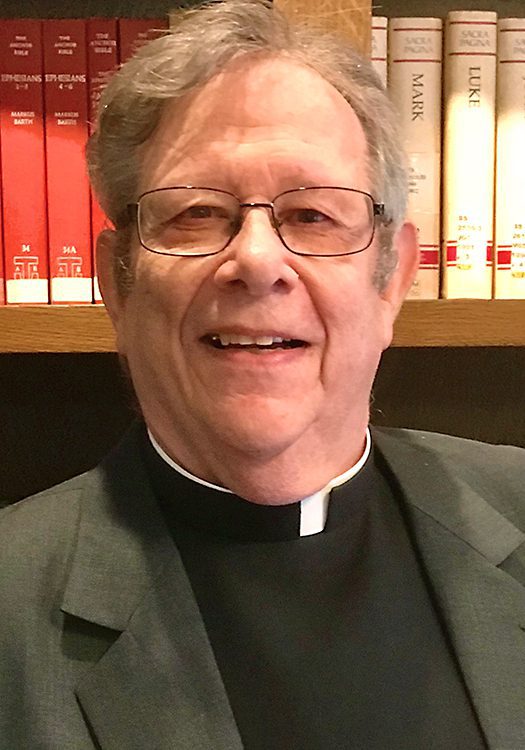 Fr. Amiot entered the Jesuit novitiate at Shadowbrook in Lenox, Mass., on Aug. 14, 1967. In 1969, he spent a year at Boston College as a philosophy student. He then attended St. Louis University, in Missouri, where he earned his bachelor’s degree in 1973. The following year he received his master’s in history and pastoral ministry at St. Louis University.

From 1979 to 1981, he worked as a campus minister at Creighton University, in Omaha, Neb. In 1982 he did his tertianship in Denver, Colo. The following year he moved to the University of Iowa and worked towards his PhD in counseling which he completed in 1991. During this time, from 1989 to 1992, he worked at the Children’s Hospital in Omaha as a psychologist and chaplain. He pronounced his final vows at College of the Holy Cross on June 14, 1990.

Fr. Amiot continued his work as a psychologist at Fairfield University from 1992 to 1996. Following he tenure at Fairfield, he spent nine years at Campion Health & Wellness Center in Weston, Mass., as the rector.

In 2005, Fr. Amiot returned to Cheverus High School in Maine to serve as their president. After two years he left the school and began work at Loyola College in Baltimore, Md. For two years he worked at the college as the Assistant to the Vice President for Student Development.

In August of 2009, Fr. Amiot left Loyola College to work at the then Maryland Province Office in Towson, Md., as the Provincial Assistant for Health Care Planning. After working at the province for three years, Fr. Amiot spent four years as the Loyola University Maryland Jesuit Community in Baltimore, Md., as the rector.