September 9, 2022 — Today is the feast day of Saint Peter Claver, a Jesuit missionary known as the patron saint of slaves, African missions and interracial justice. St. Claver spent his life serving African slaves who were brought to Colombia during the 17th century. 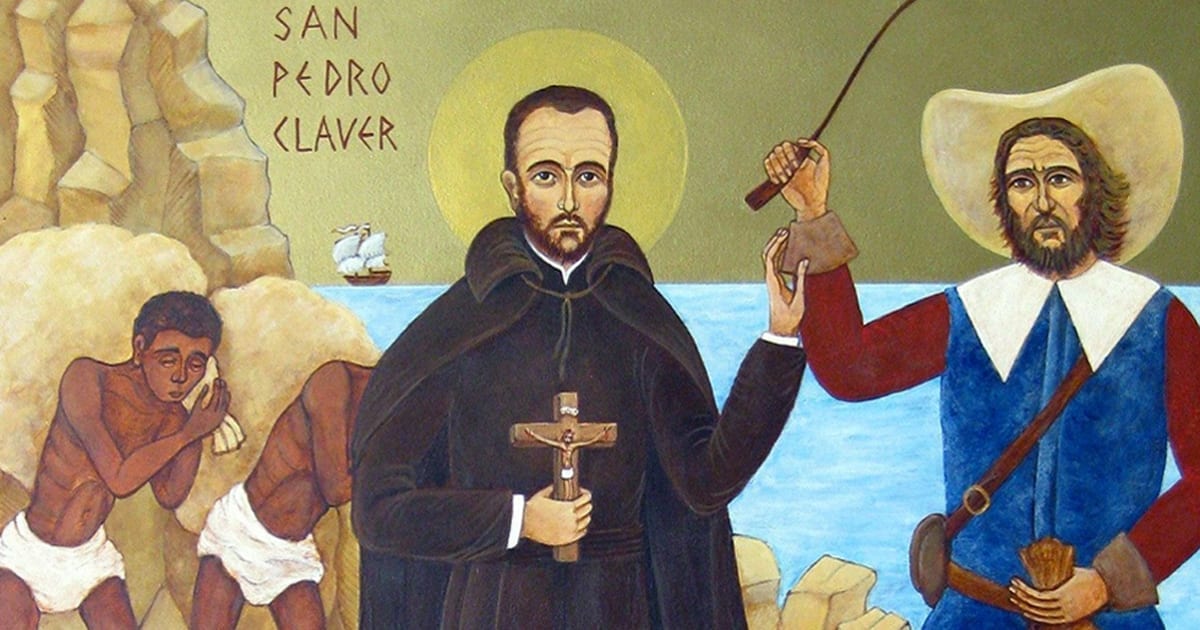 Born on June 26, 1580, in Catalonia, Spain, St. Claver studied at the University of Barcelona and joined the Jesuits at age 20 in 1602. While studying philosophy at Majorca in 1605, St. Claver developed a friendship with Jesuit Brother Alphonsus Rodriguez. Br. Rodriguez, who spent his days doing menial work as a doorkeeper, encouraged St. Claver to become a missionary in the Spanish colonies in America.

In 1610, St. Claver voyaged from Spain to Cartagena, Colombia, where, after five years of further study, he was ordained a priest. Despite Pope Paul III’s repeated condemnations of slavery during the previous century, European colonists continued importing African slaves to work on plantations and in mines. The Society of Jesus itself enslaved persons in the Americas for centuries, including in Cartagena in St. Peter Claver’s day. It is important not to overlook this deeply regretful chapter in Jesuit history as part of the context of St. Claver’s ministry. (A Jesuit Conference initiative called the Slavery, History, Memory, and Reconciliation project researches the Jesuits’ history and legacy of slaveholding. It also connects with descendants of those people enslaved by the Jesuits to “address the persistent vestiges of Jesuit slaveholding that manifest in our schools, universities, and parishes.”)

St. Claver threw himself into his ministry, bringing aid to the African slaves despite his own health problems and the language barrier between himself and the population he served. With the help of multi-lingual catechists, St. Claver boarded every slave ship that entered the harbor. He was able to work among the slaves, offering immediate relief with medicines, biscuits, brandy, tobacco and lemons. “We must speak to them with our hands,” he said, “before we try to speak to them with our lips.” Whenever he came upon a baby born during the voyage or a dying slave, St. Claver would stop to baptize them immediately.

Throughout his work, St. Claver survived on minimal amounts of food and sleep. His life of humility and penance led to miraculous occurrences — as when he healed the sick with the touch of his cloak or appeared surrounded by a supernatural light during his hospital visits. 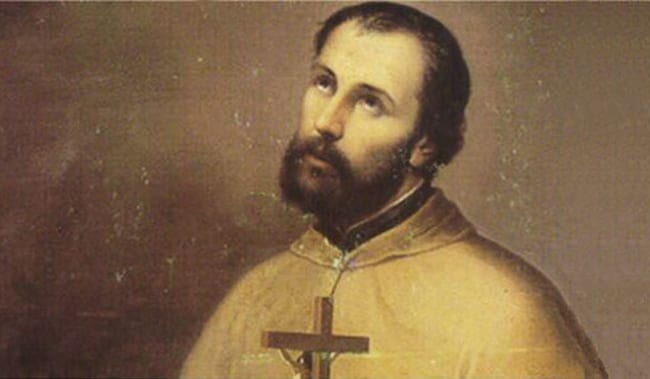 In the last years of his life, St. Claver became sick with the plague and was too ill to leave his room. When he was anointed with the oil of the Sacrament of the Sick in 1654, Cartagenians crowded into his room to see him for the last time, treating it as a shrine.

He died on September 8, 1654, after having baptized and taught the faith to more than 300,000 slaves during his four decades in Cartagena.

In the video below, Jesuit Father James Kubicki talks about the life of St. Peter Claver: